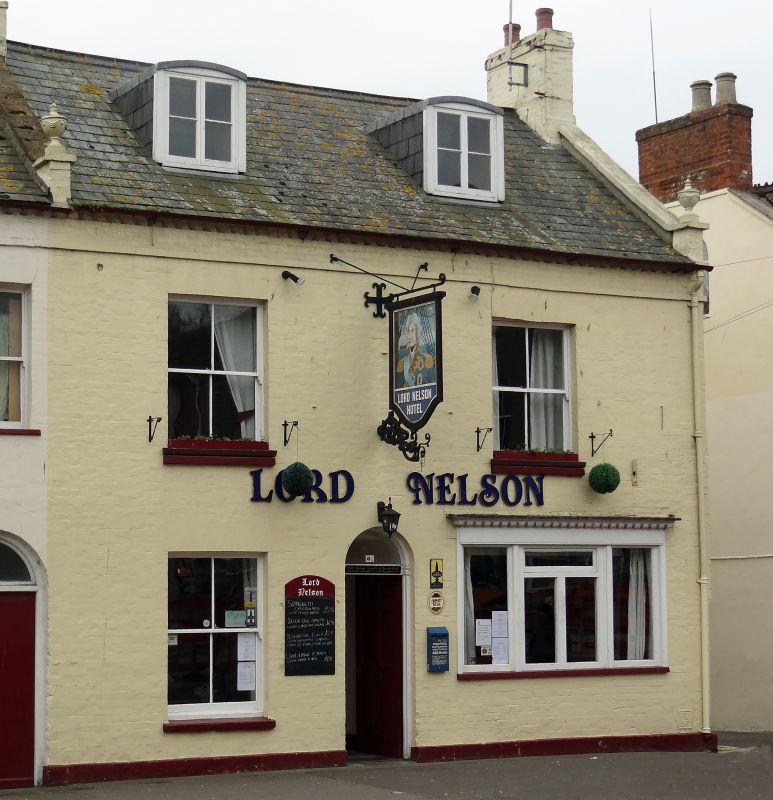 2.
Probably late C18. The Lord Nelson was originally called The King of Prussia,
so it may date from either the Seven Years or the Napoleonic Wars. In 1914
it became for a short time The King of the Belgians. Colour washed brick.
Pitched slate roof. Coped gables, No 52's with festooned urns above eaves.
2 storeys, and attics. Eaves cornice of diagonally placed bricks. 4 ranges
of sashes with glazing bars. 2 attic dormers with casements. No 54 has modern
shopfront and planked double doors with semi-circular fanlight. No 52 has
dentilled C19 shop window and 6 panel door with semi-circular fanlight. The
inner door is half glazed and the glass is engraved with an equestrian portrait
of a C19 Prussian King ( ? Frederick William II or III).