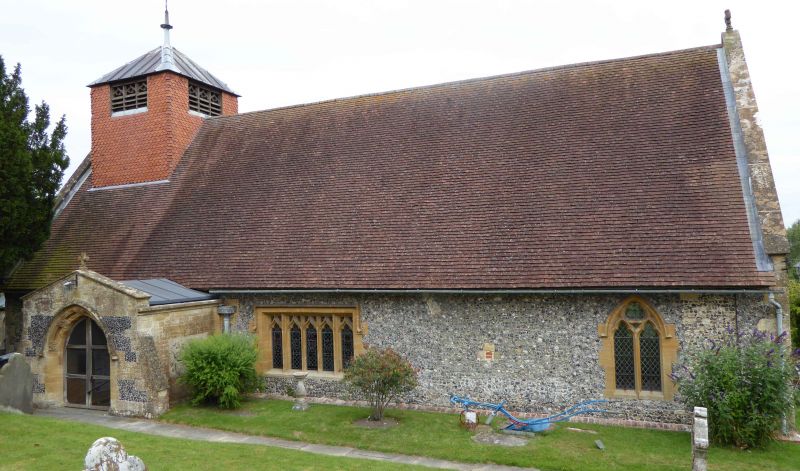 Interior: six bays, roof double purlins on trusses with arch braces to ties and queen struts above, simple arcade of three wide arches to north aisle. Carved timber rood screen with rood and figures of Mary and John, by Harry Hems of Exeter. In the chancel lies a weathered stone effigy of a crusader knight, under the belfry are two re-set C18 memorials, to the left in white and grey marble a casket surmounted by an urn to Mrs. Audrey Brickerden and Mrs. Catherine Fisher, 1727 and 1728 and to the right in brown, grey and white marble a pedimented casket on a base flanked by flaming urns to John Fisher of Bristol 1765.