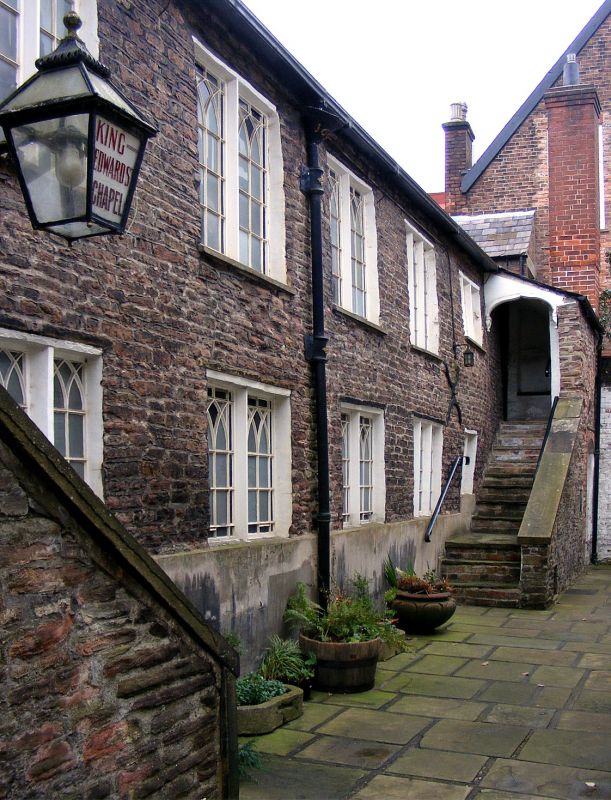 Unitarian chapel. Dated 1690, with C19 alterations. Coursed
and squared rubble with plinth, and stone-flagged roof.
Galleried interior expressed as 2 storeys, 6-window range.
EXTERIOR: external staircases giving access to galleries at
each side, the lower doorways beneath the stairway. Ogee
arched upper doorway, shallow segmental arches to lower
openings. Windows are 2- and 3-light mullions, with traceried
glazing, renewed in 1929, with the exception of the central
windows on each floor, which were then blocked on the inside,
and which retain their C19 glazing - interlace tracery with
coloured glass margin lights.
INTERIOR: entered via a lobby passage to west. Fittings mainly
date from early re-ordering of 1846 and form a coherent
design. Galleries to east and west, a former south gallery
removed in C19. Blind trefoiled panelling of gallery echoed in
panels between queen posts of roof structure, and in wall
panelling to north and south. 2-decker pulpit in centre of
north wall, with suspended sounding board. Plain panelled,
with turned balusters to stairs. Pews mainly C19. Gilded
cusped tracery to wall panels each side of pulpit, with
painted prayers. The panelling was extended across the windows
each side of the pulpit in 1929. Organ of 1846 on east
gallery.
The chapel is built to exactly the same design as other late
C17 Unitarian chapels in Knutsford and Wilmslow.