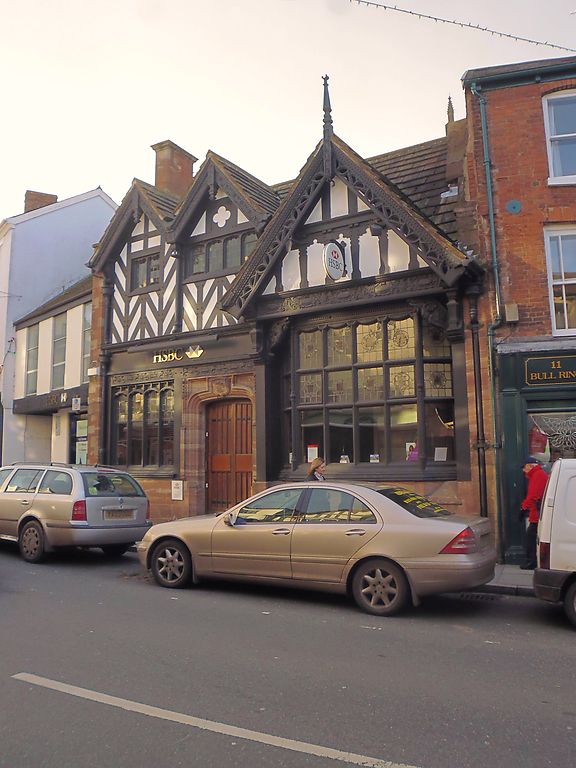 Reflects architectural language of the Feathers Hotel, opposite; included for group value.