A Grade I Listed Building in Clun, Shropshire 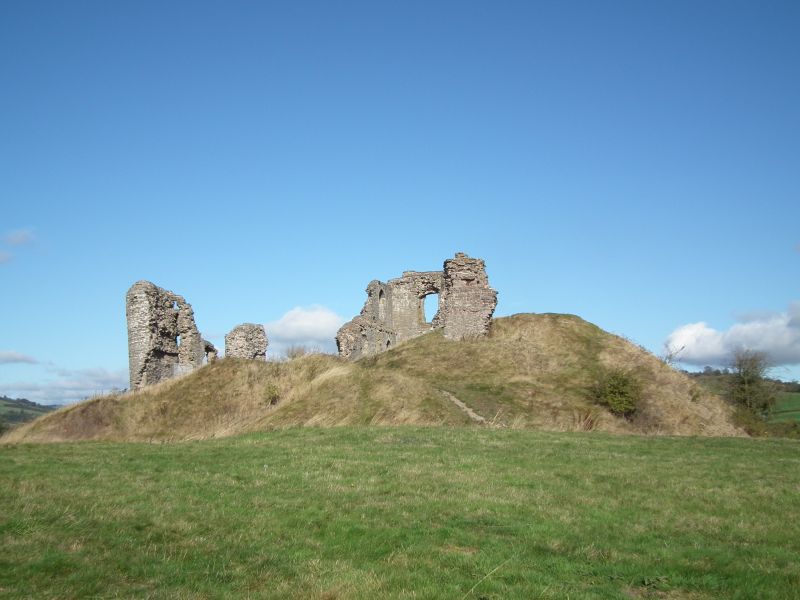 Castle, remains of. 1090-1110 with C13 additions by the Fitzallans.
Coursed limestone rubble with roughly squared facing and sandstone
ashlar dressings. Extensive earthworks with motte to West and 3
baileys to East; the ruins stand on the motte with the keep to the
North, pair of Cl3 semi-circular curtain wall towers to West and fragment
of wall to South. Keep: walls remaining to North, West and East,
basement and 3 storeys; wide clasping buttresses and battered basement
to North; scattered round-arched openings on each floor. Towers:
fragments of semi-circular towers, that to the South with 2 dressed
stone arches in the North side. Small fragment of curtain wall to
South. The castle was built in conjunction with the planned town
laid out to the East; it stands high up in a loop of the River Clun
near its confluence with the River Unk (incorrectly called the Urk in
the Ancient Monument description) and the strategic significance of
the site is easily appreciated in vistas from the surrounding hills and
especially from the Clun valley to the West. A.M. County No. 3.