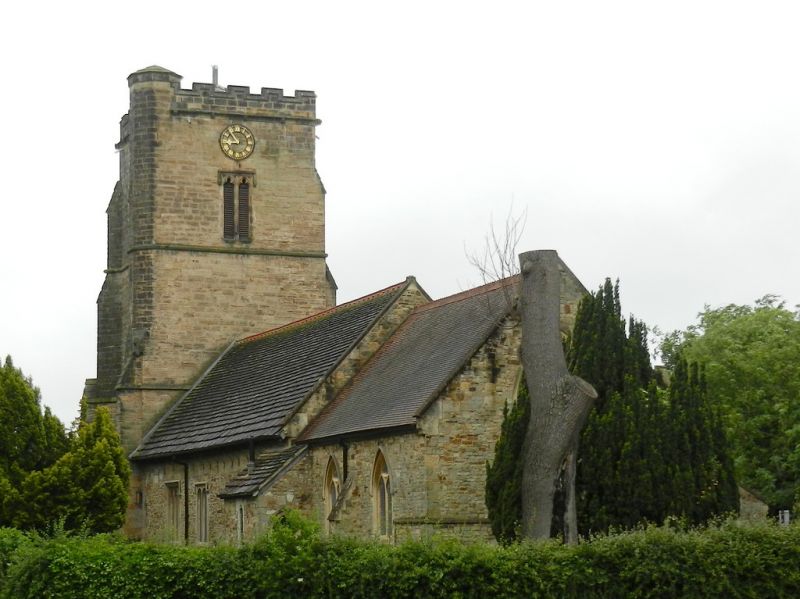 HIGH STREET
1.
5403 (east side)
Parish Church of St John
the Baptist
TQ 2636 NE 5/23 21.6.48
II*
2.
C15 and C19. Formerly a Chapel of Ease for the parish of Slaugham. Built of Sussex
limestone. Horsham slab roofs except for the chancel which is tiled. South wall of
the nave, the nave roof and some carvings are C15. The west tower is of 1807 but
using old materials and the north aisle was added, north porch added, north vestry
and organ chamber added chancel rebuilt and general restoration undertaken by Woodyer
in 1879-80. The west tower of 3 stages has 3 late medieval carved figures under
canopies. C15 or early C16 nave roof with tie-beams, collars with curved braces and
"Man you wele bewar, for worldly good makyth man mynde. Bewar be for for whate
comyth be hynde." Set in the north wall of the chancel is a C14 carved stone with
3 cusped canopies, probably part of a stone reredos. C15 doorway on south side of
chancel arch that gave access to roof loft stair. C13 font of marble with octagonal
bowl supported on central drum and 4 surrounding shafts. Early C17 oak pulpit, re-set
on modern stone base. Early C18 altar rails. Brass inscription to William Blast
d.1438) and brass of a woman early C16.
(See V C H Sussex vii P 146).
The churchyard has 2 good C18 limestone headstones with cherubs, flowers, snakes and
heavenly trumpet motifs.