A Grade I Listed Building in Highworth, Swindon 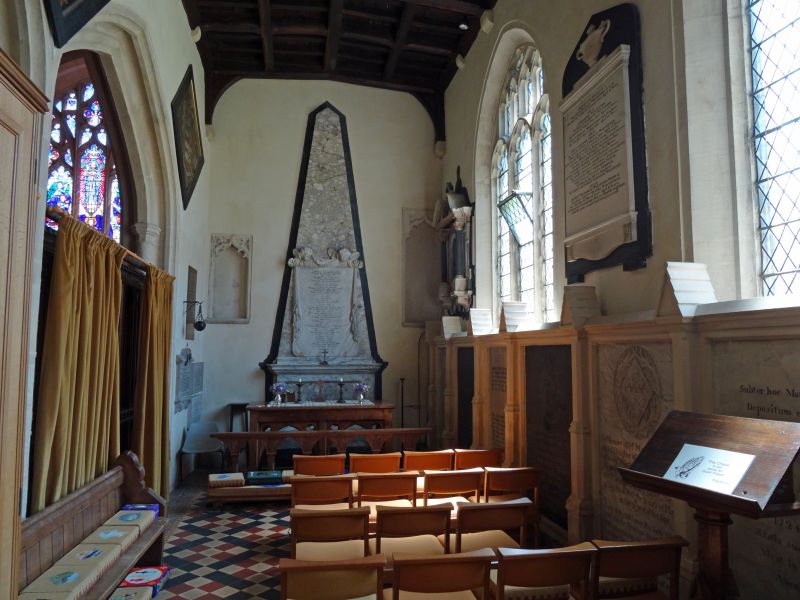 2.
Reached from throughpassage in No 34. Anglo-Saxon origins. Norman and Early
English work only vestigial in a late C15 remodelling. Restored 1861 and
1862 (Architect J. W. Hugall of London). Cruciform Church with 4 bay aisled
nave, 2 bay chancel (plus later sanctuary) and west tower. Rubble and ashlar
built on high moulded plinth. Stone tile roof screened by pierced parapet
of cusped quartrefoils and crocketted finials, (embattled to north side of
chancel). Large Perpendicular style windows separated from each other by
set-off buttresses. Transepts apparently later with C19 windows. Three stage
embattled tower with moulded strings (cornice string with carved heads) and
diagonal buttresses capped by poor modern copies of the original heraldic
beasts (now in the tower); dripmoulds to square headed windows. Arched doorway
to west with angel at imposts and key of label, C15 canopied niche above window
with C20 statue of Christ; marks said to have been caused in 1645 by cannonball
now hanging in Warnford Chapel. Two storey south porch said to be C13 but
if so much remodelled in C15, triple niche over entrance.
Interior: C13 altered arcade with extra bay denoting position of former crossing
tower. Fan-vault ceiling in tower.
Norman tympanum carved with Samson and The Lion now reset above south door.
Three C15 misericords. Circa 1500 font. Warnford chapel (south of chancel)
has an imposing array of memorials chiefly significant for their contrasting
styles of inscriptions.
Well stocked graveyard with numerous headstones and table tombs from the C17
to C19. Mid C19 railings on the south side.