A Grade I Listed Building in Shotley Low Quarter, Northumberland 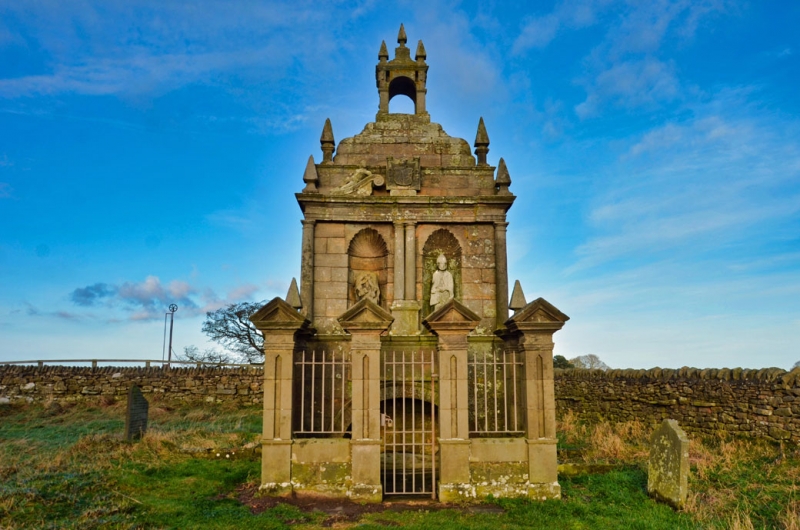 Stylistically it would appear more likely that the mausoleum was built
by the Humphrey Hopper recorded in 1663 rather than the mid-C18
Humphrey to whom it is ascribed (the inscribed panels are of C19 date).