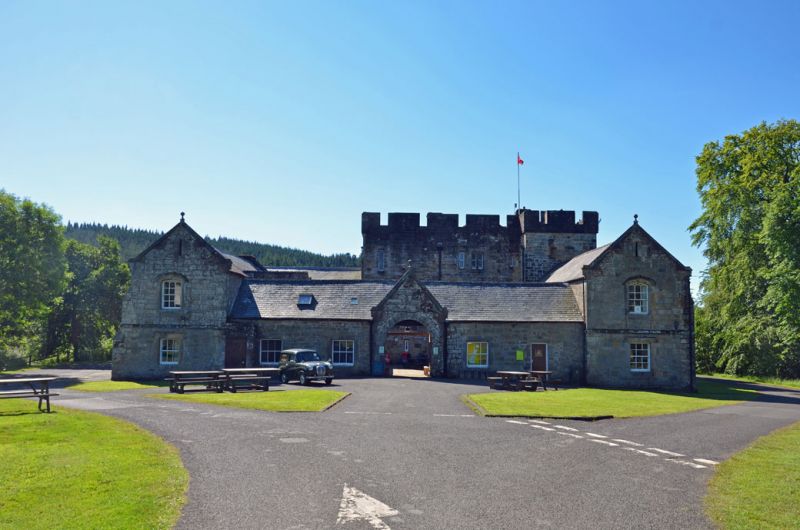 Shooting box now used as cafe and visitors' centre. 1775 by William Newton
for the Duke of Northumberland and from a design of the Duke's own. Altered
mid C19 by the Alnwick Castle estate office and again in 1926. Ashlar with
Welsh slate roof. Earlier work in Gothick style. C19 parts in Tudor style.
A courtyard house. Mid-C19 irregular south front. To left a large castellated
3-storey section with canted oriel window and several paired lancets; projecting
from this an extension of 1926 in Gothick style. Recessed L-plan section to
right has C18 masonry, plinth and string course but C19 detail including round-
headed doorway and 2-light mullioned windows; gabled roof with kneelers.

Diary of Charles Richardson, and records of payments to William Newton held
among Alnwick Castle records, establish Newton as the architect.