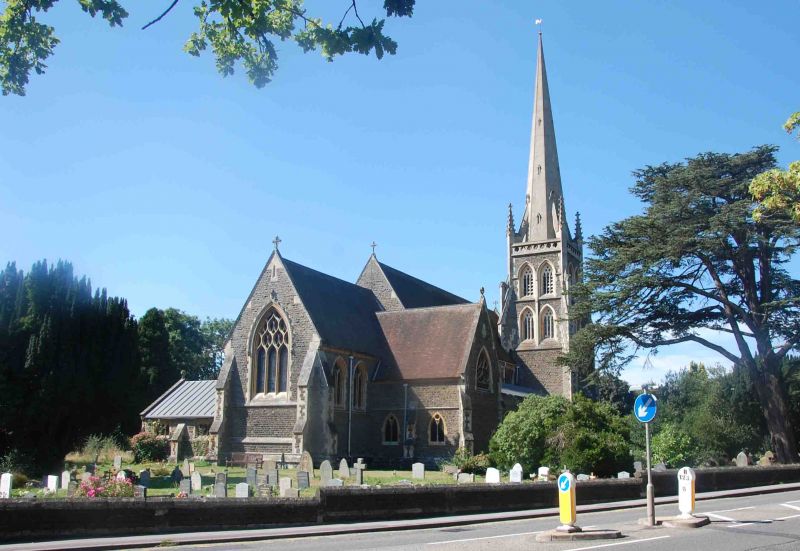 Windows: three-lights, four on the north and six on the south aisles; all with two stage buttresses between. Three-light with reticulated tracery on the east end of nave and a four-light on the west end with intersecting tracery. Six five-light clerestorey windows on each side.

Interior: five bay nave. Moulded arched and scissor braced roof, with tracery between spandrels; intermediate smaller arch braced collars between; butt purlins. North and south arcades with quatrefoil columns and thin shafts in the diagonals; leaf capitals. The clerestoreys have a series of rere-arches on detached shafts. The chancel is three bays; with moulded arch braced collars, moulded and decorated butt purlins, and double arched windbraces. On the south wall of the chancel are four low quatrefoil clerestorey windows, below these on the right is a two bay arcade separating the south chapel: a door to the vestry on the left of this with a pointed arch decorated with gilded foliage. An elaborately carved stone reredos, depicting the last supper and the crucifixion. The chancel has a fine fresco and a carved oak screen below. The font has 8 lobes, the bowl is in the art nouveau style, decorated with water-lilies and inter-twined stalk; and has an elaborate carved wooden cover. Stained glass by Hardman. The church was given to the town by John Walter of Bear Wood.