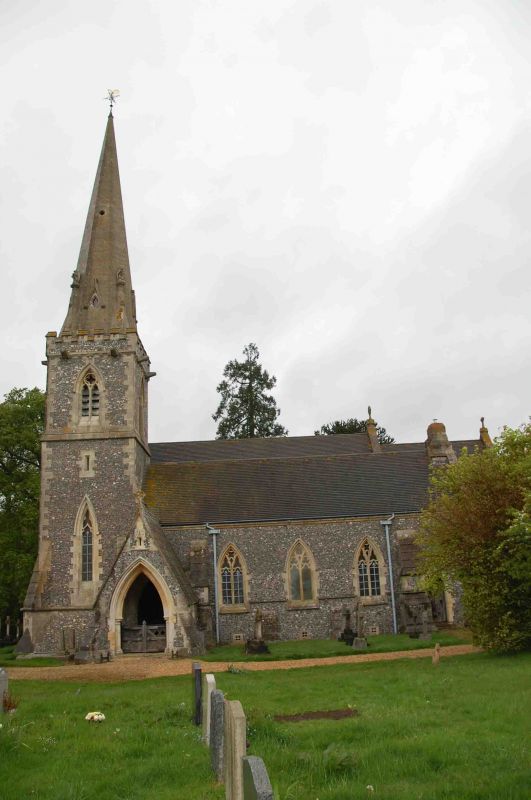 Nave: north side of three bays with two-light windows; west end with large four-light window with geometrical tracery, and small quatrefoil in gable above.

All fittings C19; including font; stone pulpit and wooden lectern.