A Grade I Listed Building in Warkworth, Northumberland 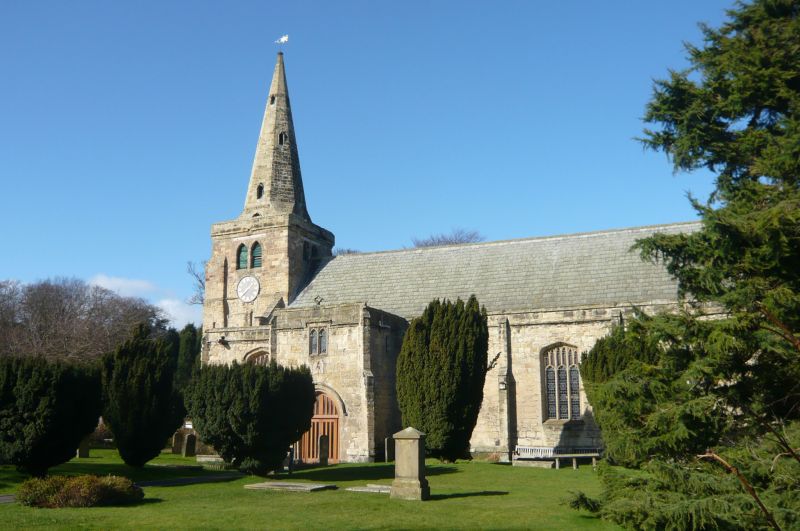 3-stage tower with south-west stair turret, plinth and chamfered setbacks at
lower-stage sills, between stages and midway up belfry. Lower stage has
lancets in each side; 2nd-stage lancet on south. Turret, rising to midway up
belfry, has 5 stone steps up to inserted boarded studded door on south; small
loops. Belfry has paired pointed openings (part-blocked on west) and
corbelled-out parapet. 1875 clock face below bell openings on south.
Octagonal stone spire with worn crocketed doorway to parapet on south, and
gabled lucarnes; moulded finial with weathervane. West wall, to either side
of tower, shows angle pilasters and string courses of C12 nave.

Nave and chancel both have C19 east gables with circular windows in Romanesque
style and stepped copings on moulded kneelers; finial crosses.