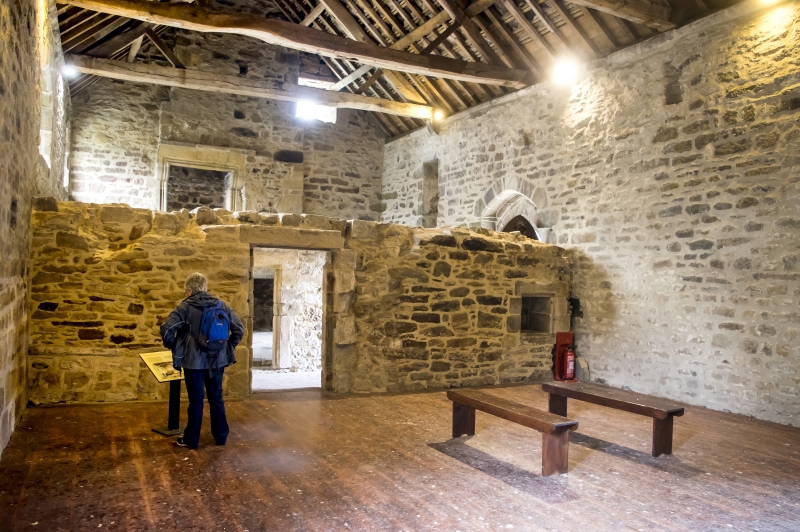 Original C13 buildings cruciform in plan, on edge of steep valley side. North-
west range and courtyard north of hall. Irregular outer bailey to north and
west, with gateway to north-west and apsidal tower at north corner.

An exceptionally well-preserved building unique in the County. Its interpretation
has aroused some controversy, as to whether the house was planned as two dwellings
since functions on ground and 1st floors seem to be duplicated.