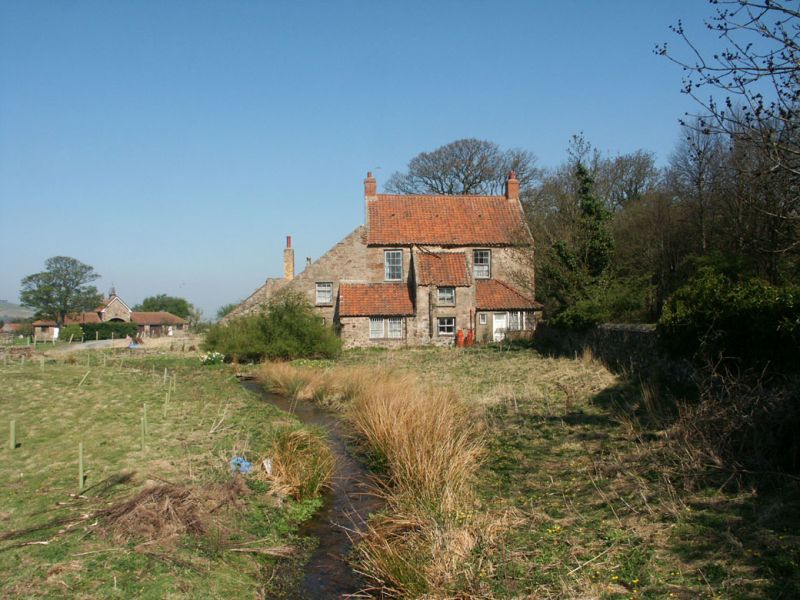 Rear facade is irregular and picturesque with 2-storey lean-to on left and
3 other lean-tos, all of varying heights with pantiled roofs.

Said to be on site of, and partly incorporating masonry of house in which the
Earl of Surrey stayed before the Battle of Flodden.

Was, at one stage, a coaching inn called the George and Dragon.