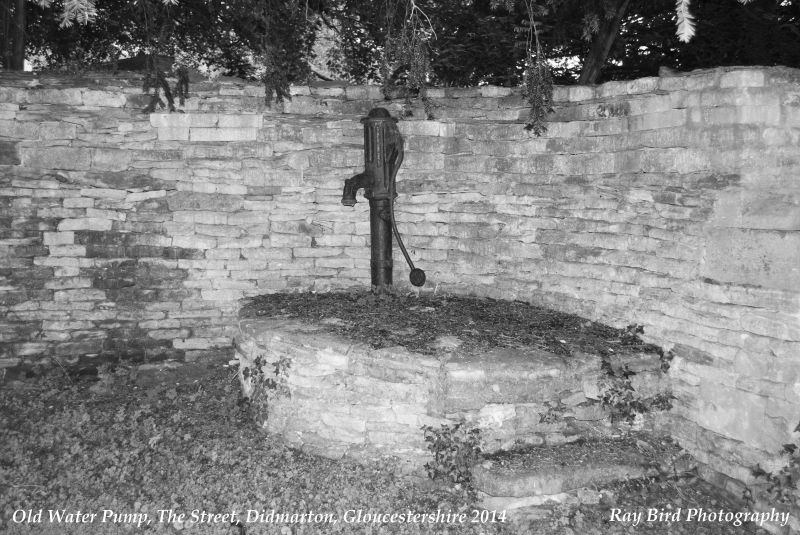 Well, animal drinking trough and water pump, in recessed section of
garden wall of Kingsmead House, open to The Street. Well
traditionally blessed by St. Lawrence c600, trough and pump of C19.
Piece of land with grass to front about 17m in length, with well,
trough and pump to rear against dry rubble stone wall with some
vermiculated stone to top. Pump to right in iron raised up on
filled-in basin, up one step, with working handle and oval plate on
stem lettered "J FLETCHER / PLUMBER / YATE'. To left of pump and
right of centre in recess of wall is animal trough made of single
hollowed-out stone about 2.8m long with tooled front edge, and with
built up step to left containing end of circular pipe. To far
left in horseshoe-shaped recess of wall is the well, a spring
thought never to have frozen nor dried up, originally probably
approached by a series of flat stones now partly displaced and with
level access from the grass on the left but still with some steps
to right with 3 large stones placed vertically in front and along
rear wall in line. These 3 closely grouped items form an
important feature in the village, both historically and visually.