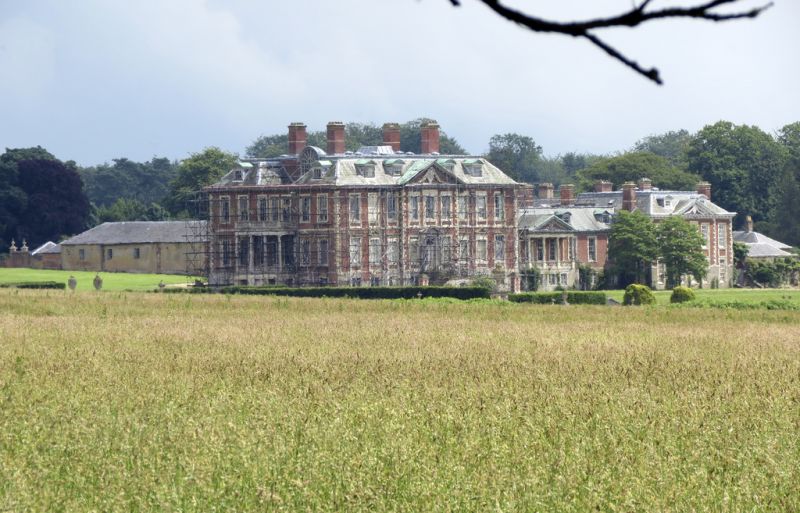 The following sentence shall be ridded to the descriptive notes: "The north wall
of the north wing, and the east gable wall of the same range, have rusticated
openings which make it likely that these walls are re-used from the barn visible
in Kip and Knyff's aerial perspective of Melton Constable."