A Grade I Listed Building in Itteringham, Norfolk 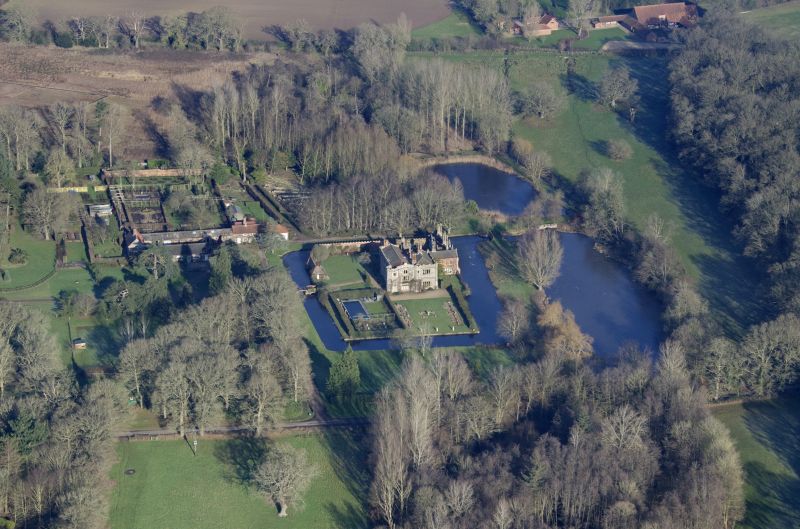 East facing return to north: lower part of wall rebuilt 1969 when single storey addition of 1864 was demolished, two four-light mullioned windows from 1864 addition were inserted; upper wall of 1864 has two four-light mullions. Parapet has blank stone Gothic panel tracery with frieze below of moulded brick tiles, those to north of C15 those to south of 1864 in gault Costessey brick to match. Parapet and frieze articulated by moulded brick pilasters. C17 domestic range to east at right refaced 1969; brick under pantiles. Arched doorway and four-light mullioned window of 1864 inserted. Chimneys to main hall, 1864 extension and domestic range in groups of two and four with decorative moulded brick shafts with elaborate oversailing caps; some of these in red brick of C16, others in C19 gault brick to match.

Interior: Screens passage has closed string hall staircase of 1864 and panelling with acorn frieze. Fire place in room to left lined with Dutch tiles has three coats of arms, one effaced, one of the Ironmongers Company, the other a merchant's mark. Hall to right: large fire place with pointed segmental arch lined with Dutch tiles, to original external east wall. C16 panelling from Irmingland Hall has carved frieze and three figure-head brackets over fireplace. Round headed arch to right of fire place with projecting keystones and imposts leads to dining room of 1864 which has plaster ceiling and marble fireplace both with monogram HWW (Horatio Walpole, 4th Earl of Orford). Parlour to right of hall has four-centred moulded arch to fire place; heraldic stained glass c1902.