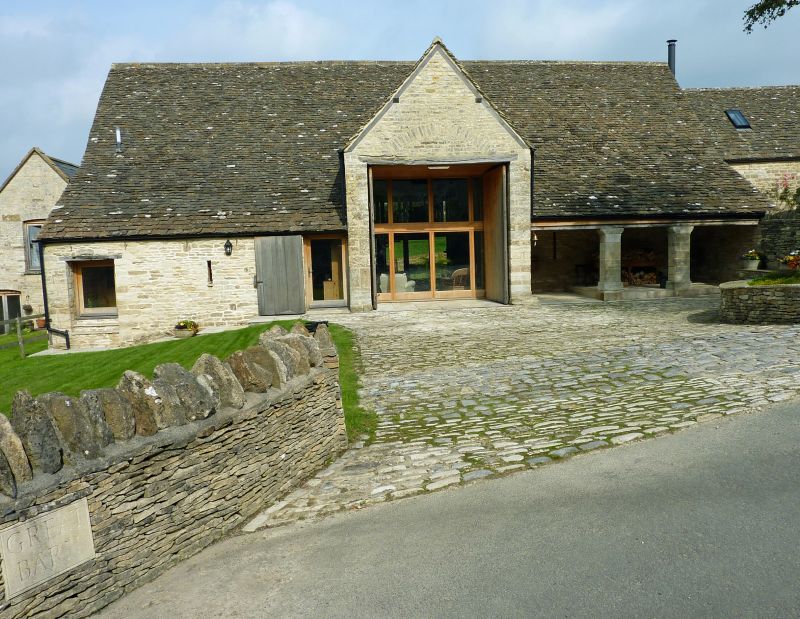 Barn. Late C18-early C19. Limestone rubble; stone slate roof.
Rectangular plan with a projecting porch at the centre on the south
side with later lean-tos either side; single-storey building with
asbestos roof at the right gable end. South-facing elevation:
gabled porch with double C20 plank doorway with a relieving arch;
lean-to to the left with two plank doors and a ventilation slit;
open-fronted store to the right of the porch with square dressed
stone columns with moulded capitals and bases, dividing the bays.
Plank door to the left gable end, which has been partially rebuilt.
Double doorway opposite the projecting porch at the rear is
infilled with concrete blocks. Stable doors, two plank doors and
three 2-light wooden casements to the single-storey building to the
right. Interior: 7 bays with queen strut trusses and staggered
double purlins.