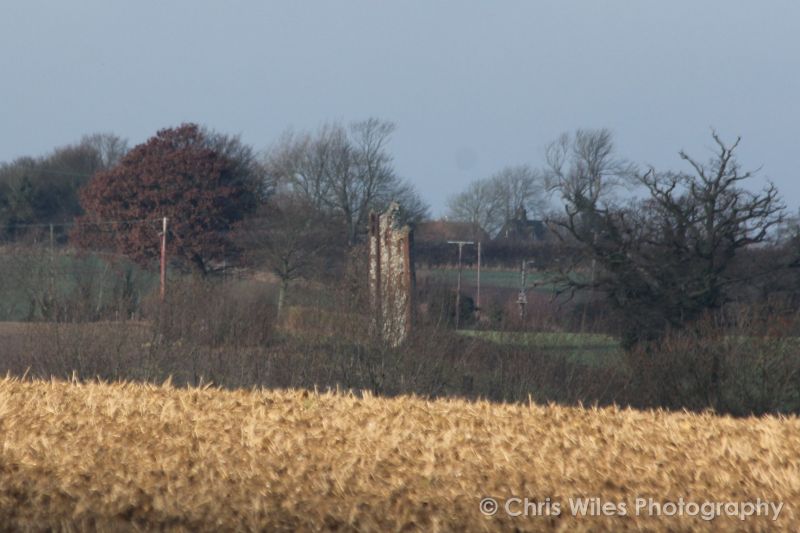 Sham Castle/folly. C19. Of flint and uncoursed rubble with red brick dressings
and detail. Tall narrow tower at north end with tall brick battlements, cross
shaped openings and linked to main wall by a brick arch. The central section of
wall has a pointed arched window opening, a spur wall and is slightly curved on
its east face. To the south is a circular 'tower' much covered in ivy.
Originally built to be an eyecatcher from Belchamp Hall.