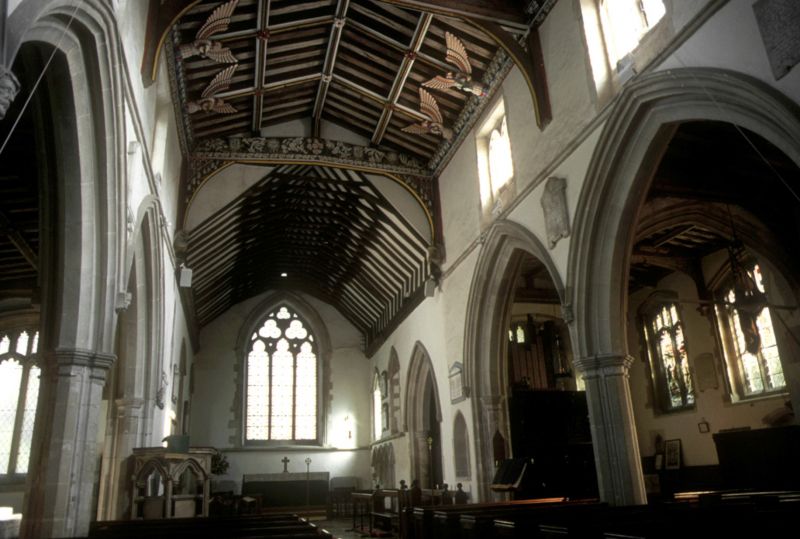 Parish church. Large C15 building, except for mid-C13 chancel and early
C16 south chapel. North and south aisles of chapel with arcades of three
bays. Two storey south porch. West tower of three stages with embattled
parapet and lead spike. Chancel had C13 lancets and piscina and sedilia.
Good C15 tie beam roofs to nave and aisles, and south chapel with traceried
spandrels and carved angels. The fittings include a C13 font, two altar
tombs, especially one to Sir Walter and Lady de la Lee, c1420, which has
two fine brass figures under canopy, and also another small brass to Robert
Newport, who built the south chapel, and his wife, c1518.