Victoria Hall including wall, gate-piers and sculpted lions to front area, and railings to rear 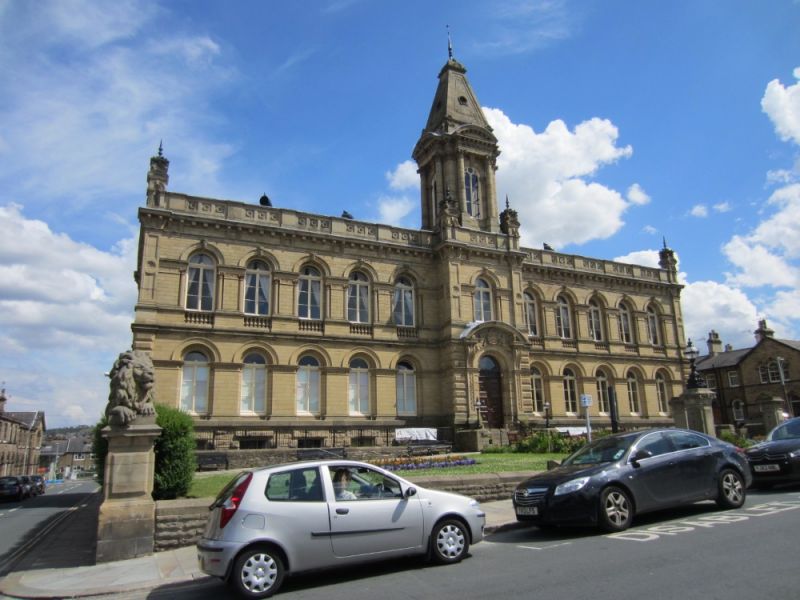 Dwarf wall (railings missing) to front area with two pairs of square ashlar piers to centre, two of which retain the decorative bases of cast-iron lamp standards. At the front corners, on large square bases, are two sculpted lions, by Thomas Milnes of London, representing
War and Peace. At the rear of the wall are round section cast-iron railings with spear-head finials on a dwarf wall.

The institute cost £25,000 to build and contained a main hall to seat 800, a lecture room, two art rooms, a laboratory, a gymnasium, a library of 8,500 volumes and a reading room. A quarterly fee was charged and ranged downwards from 2s. for adult males.

The institute is set back from the road and the front area, along with that of the school opposite (q.v.),forms a gardened square. Part of Saltaire model village.