A Grade I Listed Building in Penistone, Barnsley 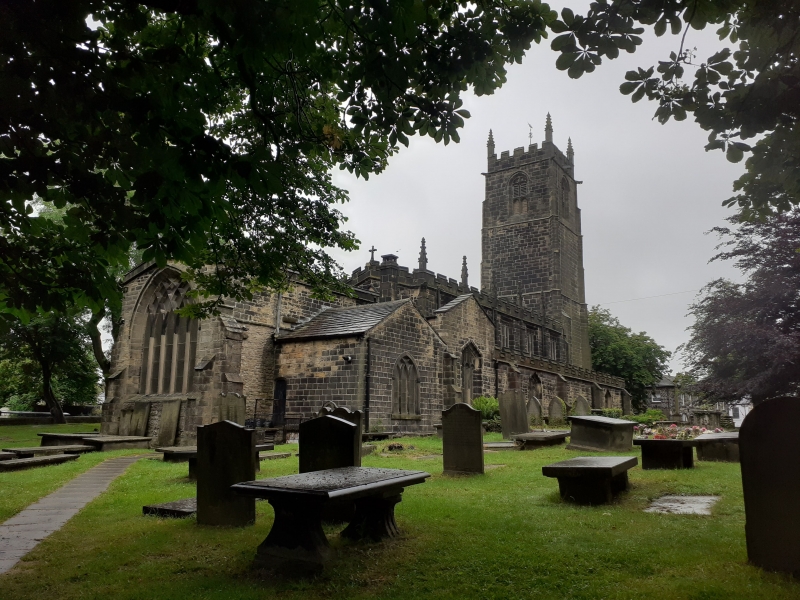 Interior: 6-bay arcades on alternate round and octagonal piers. Good nave
roof, arched-braced to figure-head corbels and with elaborate bosses (c1375).
Octagonal bowl-shaped font on square pedestal. Monuments in chancel, north
side: 1708 shaped marble tablet with scrolled support and scrolled open
pediment and bust flanked by the ox and oak trees of the Bosvile crest; 1714
marble tablet, draped, with gadrooned canopy and flaming urn again with ox
and oak trees of the Bosvile crest, flanked by two putti (one is missing).
South side: mid C18 tablet with scrolled support and putto with coat of arms
at top, to West and Fenton families of Underbrook Hall; other more plain C18
and C19 tablets including one of 1855 " in memory of Wm. Fenton of Underbank
Esq. only son of Samuel and Jessey Fenton who was barberously murdered by
robbers at Algerciras in Spain. April 13th 1855. Aged 35".