A Grade I Listed Building in Tockwith, North Yorkshire 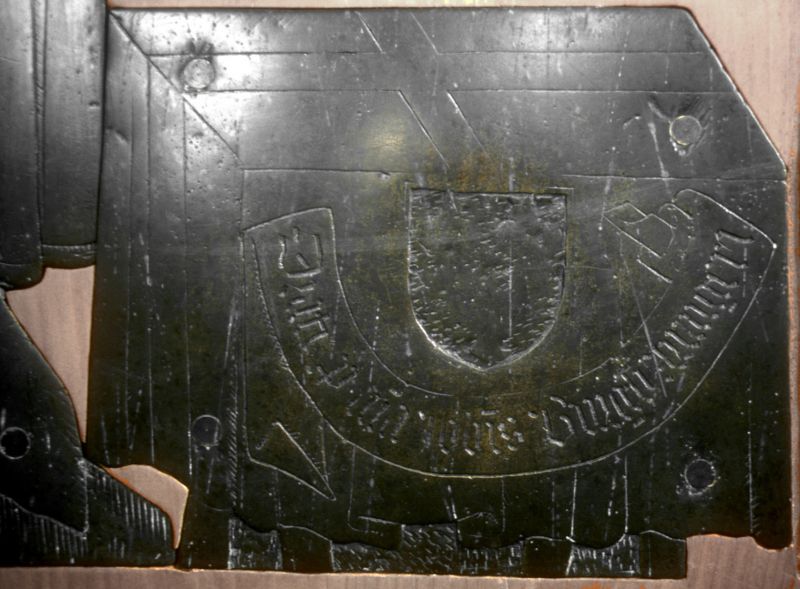 Redundant church. 1456-58 for Sir Bryan Roucliffe, C19 restoration.
Coursed squared sandstone, limestone and ashlar, graduated stone slate
roofs. 3-stage west tower partly incorporated into the west bay of the
4-bay nave which has a south porch, bay 2; 2-bay chancel with narrow door
left. In Perpendicular style. Tower built partly in front of the west wall
of the nave on 2 external buttresses with large central deep arch on 2
transverse ribs forming a recess in which there is a large pointed 3-light
mullion and transom window with cusped lights, to nave wall. Second stage,
south side: a circular cusped window, a string course above. The bell stage
openings have 4-centred arch lights in chamfered flat headed surrounds, of
2 lights on each side except to east which is of 3 lights with shield stops
to the hoodmoulds. Oversailing battlemented parapet. South porch:
chamfered arch with 2-piece lintel, turned-in kneelers and gable coping;
flanking stone benches within; the inner door is of massive planks
reinforced by rows of iron nails. Flat headed 2-light Perpendicular window
with cusped lights to right of the porch and to the chancel. The board door
to the chancel is in a deeply chamfered pointed arch. A 3-light Perpen-
dicular east window. North side: blocked north door to nave; a decorated
2-light window to the chancel; the nave window matches that on the south
side. Interior: C17 altar rail of oak with cup-and-vase balusters, square-
section standards and knob finials. Early C19 panelling at the west end of
the nave appears to be the remains of pulpit and reading desk and now
screens the bell ropes. The internal wall of the tower is supported on a
round arch carried by large corbels. Original fittings include the font,
also at the west end of the nave, with an octagonal base, cruciform stem and
square bowl carved with tracery and shields of Roucliffe, Hammerton, Roos
and Plompton. The rare wooden Easter Sepulchre is in the form of a chest
with 6 blank panels, thickly cusped, with a canopy over which has pierced
crestings and a frieze incorporating the chess rooks of Roucliffe and the
fleur-de-lis of Burgh. Remains of the original heraldic stained glass in
several windows. There are 3 bells (not seen at resurvey), one of which has
the earliest use of English lettering in Yorkshire: "0 thou blyssid Trinite,
of Bryan Rodlyff hof pyte". On the north wall of the chancel the remains of
a brass memorial to the founder (d1494) and his wife Joan Hammerton, are
attached to a marble slab. Bryan Roucliffe was an eminent lawyer and Baron
of the Exchequer and inherited the manor and living of Cowthorpe from his
maternal uncle, John Burgh, c1450. In Feb 1456 the Archbishop of York
granted Bryan permission to build the new church to replace an old chapel
near the River Nidd, some of the sandstone blocks in the new church possibly
coming from it. The unusual structure of the tower is similar to that of
castle gatehouses of the period. The brass memorial was stolen from the
church c1850 and the recovered parts mounted in 1886; the C19 restorations
were restricted to renewing some window tracery and replacing the roof to
its original design and pitch. L A S Butler 'St Michaels Church Cowthorpe,
Redundant Churches Fund, 1985. N Pevsner: Buildings of England, Yorkshire
West Riding, 1967, p 171.