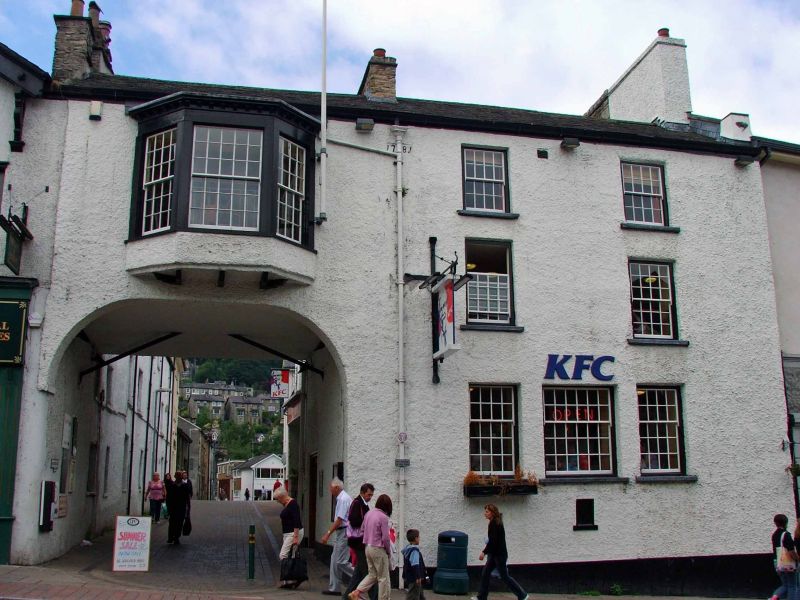 Former inn. Dated 1781 on rainwater-head but this probably refers to re-building or
re-fronting (for Thomas Fenton?); documentary evidence shows an inn had been
established on this site by c1695. Later additions and alterations. Wet-dashed
rubble on stucco plinth; moulded cast-iron gutter. Graduated slate roof; stone
end chimneys to original 3-storey, 2-bay block. Three sashes to ground floor (wider
central one is later insertion) and two to each floor above. Sashes in late C19
canted oriel over Yard carriage entrance; C20 glazed entrance on right-hand side
in passage. All sashes with glazing bars. Extension to right above shop
(formerly part of The Elephant Inn), and rear buildings not of interest.