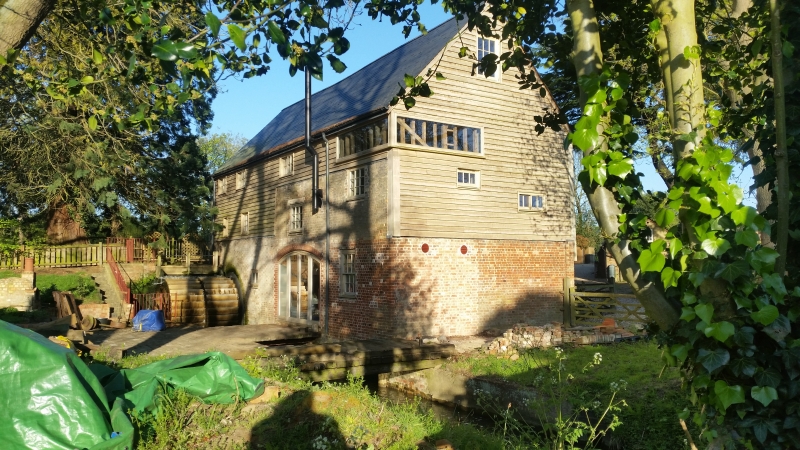 (Formerly listed as The Water Mill under East End)

The mill is a rare surviving example of a complete milling process. While the building is not architecturally of a piece, since it has been extended and reclad, it demonstrates the continuing process of expansion and development of the C19 mill. It retains its complete water system, with clay- lined pond, waterways, sluices and hatches, the latter repaired as recently as 1982, when the mill was still working. Its archaeological context is intact. Attached is a mid C19 mill house, with adjacent barn, wagon sheds and former stables. Although the latter are considerably altered, they help to illustrate how the site worked. The mill ceased trading in 1987 and was surveyed and recorded by Kenneth Major in 1988 and 1993. It is well documented and recorded, with good surviving paperwork and tools.