Church of St Laurence and All Saints 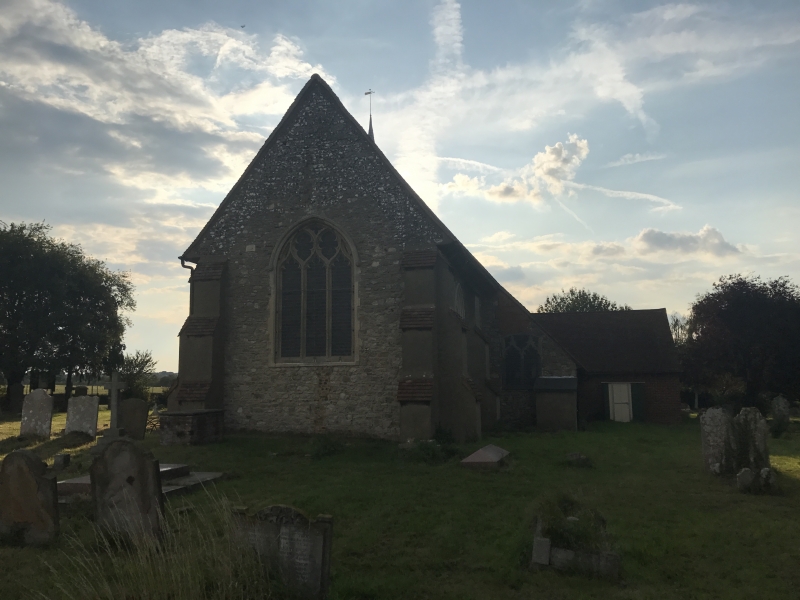 Entry Name: Church of St Laurence and All Saints

Church. C12-C17. The earliest known record of Eastwood Church is in 1100 when Robert Fitz Suen gave the chapels of Eastwood, Sutton and Prittlewell to the Prior of Prittlewell in whose possession it remained until the Reformation (1536). The church is built of ragstone rubble with flint and has limestone dressings. There is some Roman brick. The west tower has a timber-framed and shingled upper part, with a broach spire (restored C20). The south aisle has 2 plastered gables. Roof tiled. The nave is C12 and on the inside of the north wall there are the remains of Norman window openings. The roof is C15 with tie beams and octagonal crown posts with curved braces. The south aisle is C13 and the north aisle is C14. The chancel is C13, with a C14 roof. The brick south porch is C16. The font is Norman, with a circular bowl ornamented with interlacing arcading. In the west end of the north aisle is a small and unusual C15 priest's room of 2 stages. This has a heavy plank and muntin screen with narrow door and roof of heavy joists supporting the upper floor. Both north and south doors are probably C12 and have elaborate ironwork. There is a brass of Thomas Burrough (d. 1600).
(RCHM 1).