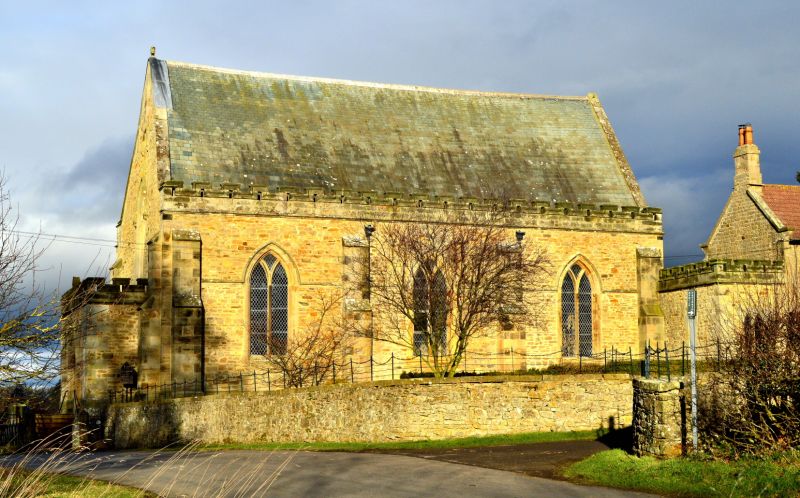 Interior: Plastered. Freestone and marble altar, and panelled reredos with
kneeling angels under crocketed arches. Font has octagonal bowl with raised
shields, one with ihs, in fleur-de-lys borders, probably C15; later shaft and
base.