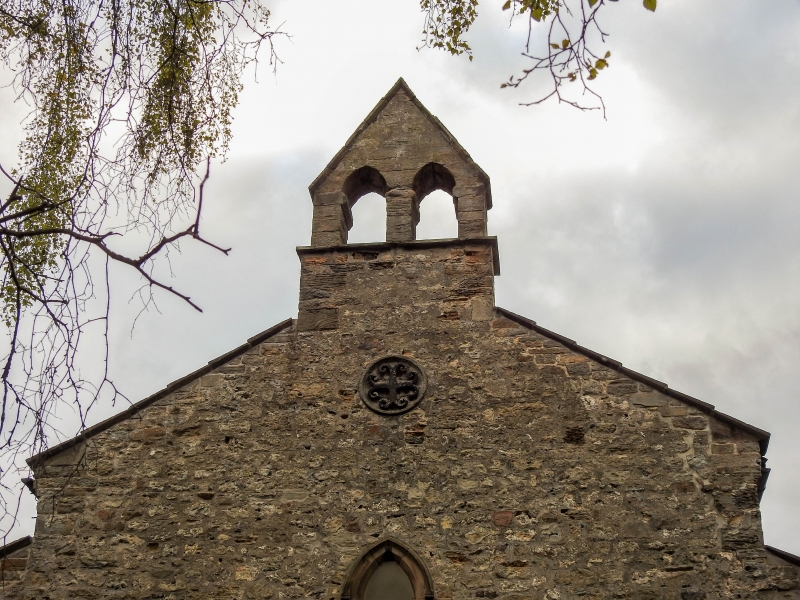 Monuments include 3 on north wall of chancel to members of Surtees family: at
west alabaster panel in Gothic style to Brigadier General Sir H.C. Surtees,
1858-1933, (with arms, crest and motif), who continued the historical
researches of Robert Surtees of Mainsforth, 1779-1834, whose sandstone
memorial by John Bloxham is in the centre, in Perpendicular style, with coat
of arms; below, a memorial brass to his wife Anne, died 1846, and commemorating
her restoration of the church in 1843-6. Hatchment over north door to Thomas
Bedford, vicar, died 1683, and his wife Alice, died 1680, 'mother, grandmother
and great grandmother to 74 children beside numerous embrios'. Over the south
door C17 hatchment to Ralph Hutton of Mainsforth, giving details of his
family.

Small stone sheaf of corn over vestry door probably part of memorial now
rendered over; may refer to the Cumyn family, whose arms included a sheaf of
cumin.

Proceedings of the Society of Antiquaries of Newcastle, 3 Vol. III, p.221
(notes by Sir Stephen Glynne on churches in Co. Durham).