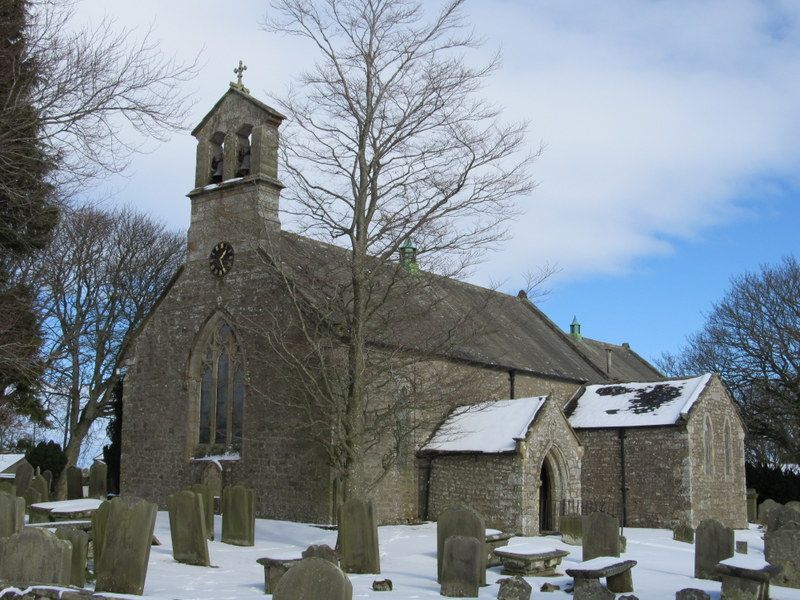 Fittings and monuments: Inscribed Roman dedication stone in north transept.
Large grave slab,with sword and hound,to west of north door; several other
medieval grave slab fragments. 2 fonts flanking north door: C12 circular bowl
with incised zig-zag on C13 stem with 4 engaged shafts; this stem probably
belonged to the other font, a C13 circular bowl with 3 bands of leafwork, which
now stands upon a re-cut fragment of a Roman altar. Small, possibly C17 circular
bowl, with small relief of a human figure and raised geometric decoration, to
east of north door. Plaque dated 1878, on south nave wall, records a sum of
money raised, by the friends of Thomas Headlam to augment the living of Bowes.