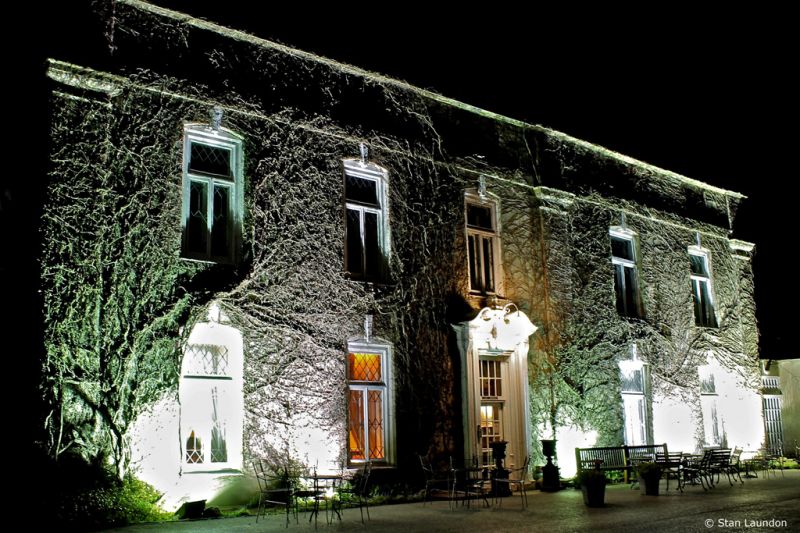 Late C20 addition to right of entrance front and detached outbuildings to rear not of special interest.