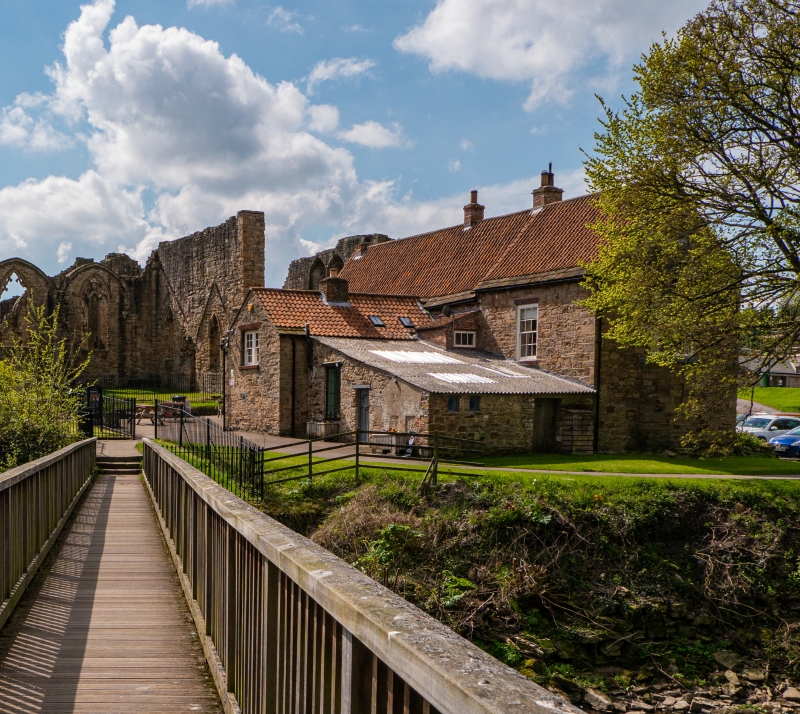 Thought by the editor of the 1837 source to have been a granary, but this is
unlikely in the light of the first-floor fireplace. It may be associated with
the mill thought to have been on the river bank to north of the house. Priory
known locally as Finchale Abbey.