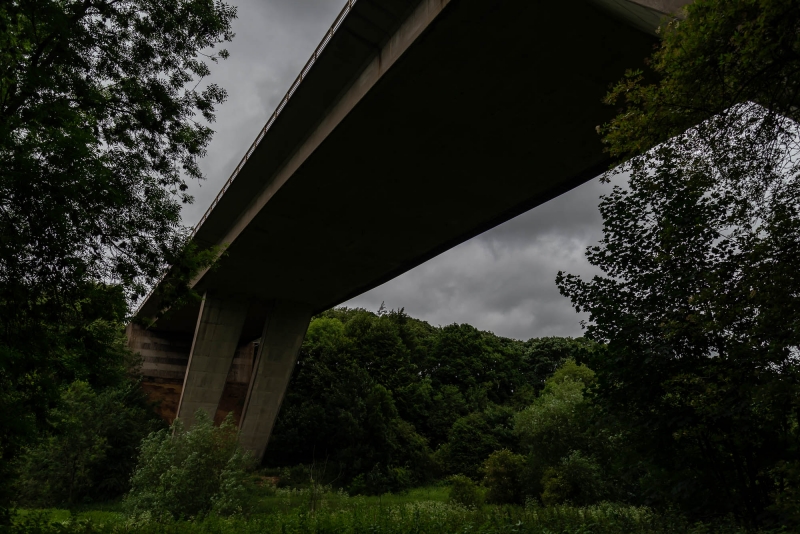 Church of England Parish: Darrington St Luke and All Saints

Road bridge over valley. 1961. West Riding County Council Bridges department; F A Sims, senior designer and resident engineer. Prestressed concrete. Beam continuous over three spans 140-190-14Oft, supported at abutments and two raking legs hinged at top and bottom. Span between bottoms of legs 308ft. Early (probably first in England) use of prestressing cables external to the concrete sections. Early (possibly first in England) use of precast concrete hinges, a section of which was tested for load and rotation by the Cement and Concrete Association. This was the largest structure of its kind in Europe when built, it was recognized in 1964 by the Museum of Modern Art in New York as a structure of significance in twentieth century engineering.
(Structural Concrete: Sims F A: The Design of the Wentbridge Viaduct (Nov/Dec): 1963-; Structural Concrete: Markham R B: The Construction of the Wentbridge Viaduct (Nov/Dec): 1963-).