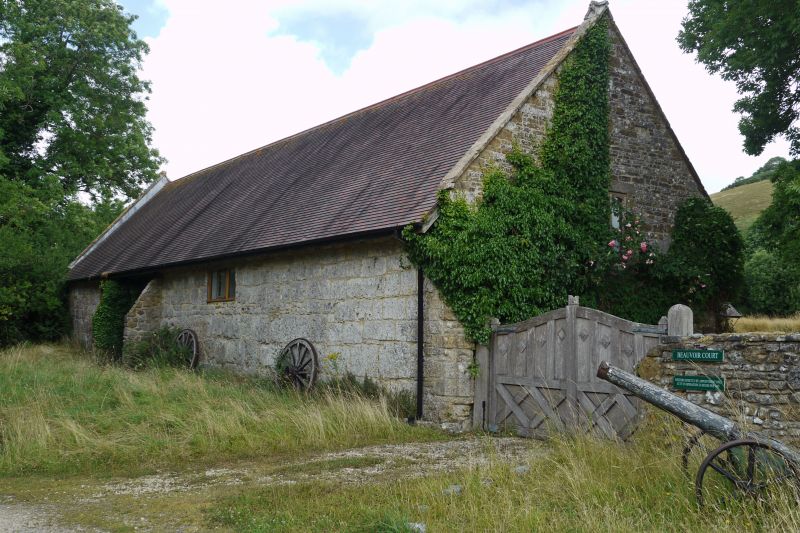 Barn. Early C16. Greensand and chalk-block walls. Corrugated
iron roof over thatch. Stone gable-copings with moulded apices.
Two laterally opposed porches, C19. South gable wall has a door-
way with straight-chamfered jambs and depressed-arch head, C16.
Plank door. Sculptured piece of foliage over doorway. Two
loop-lights on east wall. Roof: 7 bays of arch-braced collar-
beam construction, with the braces set into the wall for c 35cm,
and principals resting on wall. Two sets of through-purlins,
the two lower tiers have some original wind-bracing in situ.
This medieval monastic building is important in itself, and
as part of the abbey complex of buildings and earthworks.
Scheduled Ancient Monument, Dorset 26.