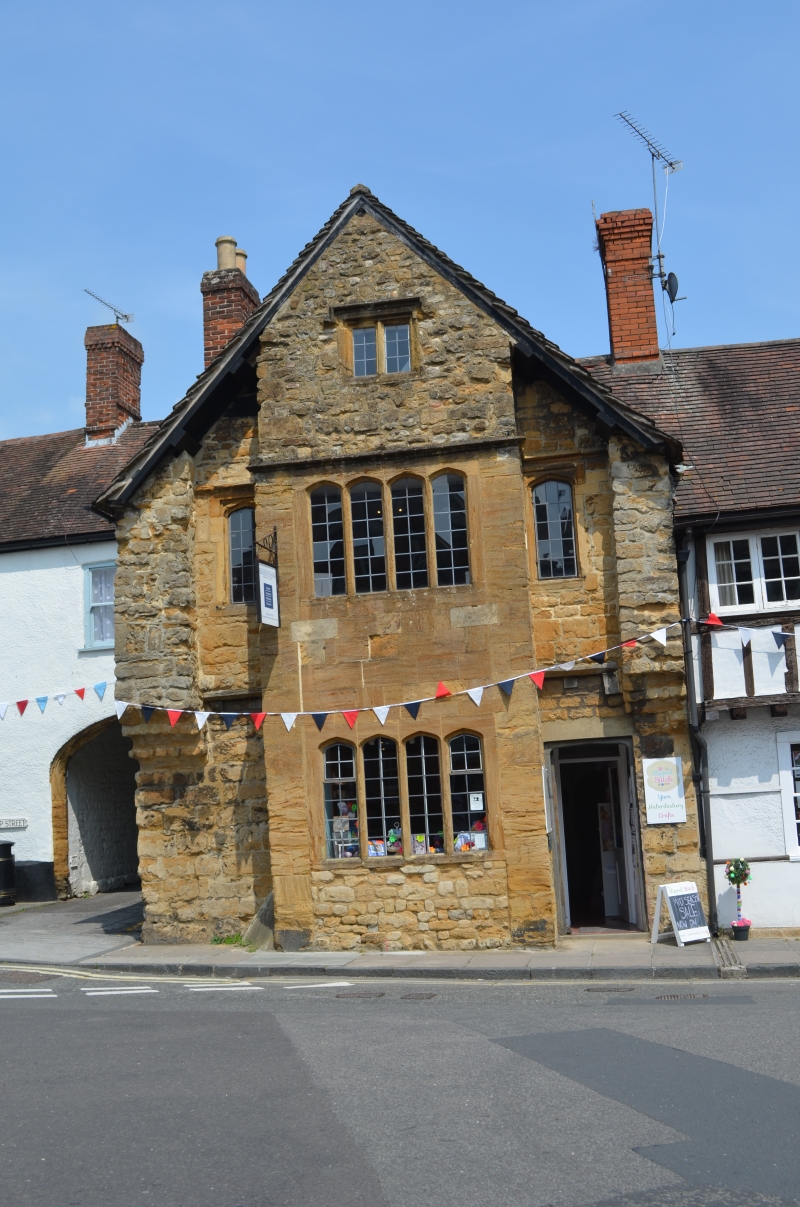 CHEAP STREET (North-East Side),
No 1 (Former Hospice of Saint Julian)

The Hospice, possibly named after the mystic, Saint Juliana of Norwich, was given by Margaret Gough in 1437 towards the endowment of the present almshouse of Saints John the Baptist aid Evangelist. Present building of late medieval date, much altered. Walls mostly coursed rubble. Stone slate roof. 2 storeys and attic. Gable end facing street has projecting bay in centre. The lower storeys of this are of ashlar and appear restored. Each has a 4-light stone mullioned window with 4-centred heads to lights. Earlier 2-light window to attic. The side walls are corbelled forward at 1st floor level so that recesses are formed between them and the centre bay. Each recess has a single light window with 4-centred head to 1st floor. Beam and ends of joists visible at 1st floor level. Later door. On return wall facing North are two original windows one having hood-mould with remains of corbel-head. External chimney. Part to east behind George Hotel entry has later windows in east gable end, an original mullioned window now blocked. Interior has moulded ceiling beams, carved bosses and part of original roof. [See J Fowler, "Medieval Sherborne"].

Nos 1 to 15 (odd) form a group with the George Hotel in Higher Cheap Street.