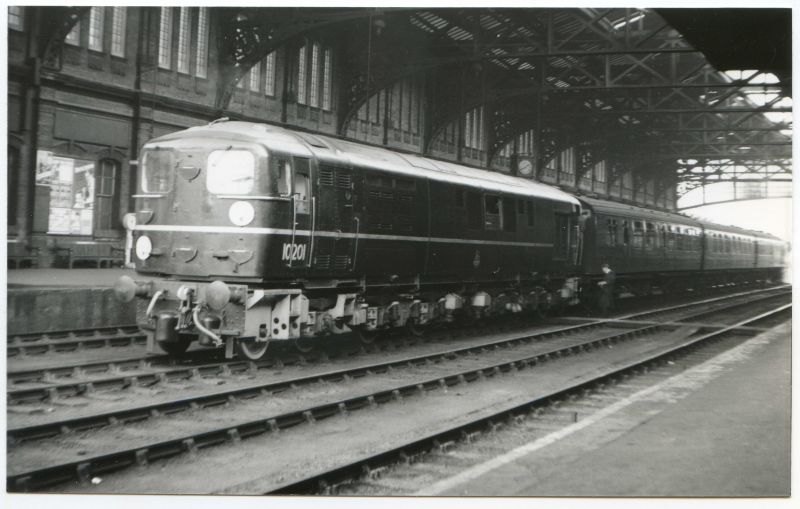 Railway station. 1885, built to the designs of William Jacomb, engineer to the London and
South-Western Railway. Red brick walls to partly covered shed spanned by width of 4
tracks by 12 immense cross-braced riveted wrought-iron trusses, with criss-cross pattern of
struts, on open foliage brackets of iron; glazed only over platforms, with 3 shallow and
pitched roofs on each side, originally covered by a glazed roof of 9 longitudinal sections (the
centre 3 having been removed). 2 storeys. The glazed screens at either end have been
dismantled. 22 bays on southern elevation (downside) with very large buttresses in the form
of brick consoles to 13 of these bays; smaller buttresses of smaller outline elsewhere. Upper
storey has triplets of slender segmental-headed windows of moulded brick, separated by brick
buttress piers, each topped by stucco cornice and pediment (over 2 rows of brick dentils).
Projecting forebuilding with segmental-headed windows and metal canopy; single-storey
annexe to east. Similar northern elevation (upside) with 2-storey projection for refreshment
rooms and offices and Jacobethan-style pedimented entrance. Goods shed attached to east,
in similar style with semi-circular arches, open to platform side, and lattice-girder roof.
Elevations to platforms have brick pilasters on stucco fluted bases, doorcases also stucco;
alternate pilasters crowned by miniature coupled pilasters and pediment. The most elaboorate
of the stations designed in the Queen Anne style for the LSWR. Similar roofs, supported on
cross girders rather than trusses, were built at Carlisle of 1847 by Sir William Tite and
Stoke-on-Trent of 1848 by H.A. Hunt.