A Grade I Listed Building in Blennerhasset and Torpenhow, Cumbria 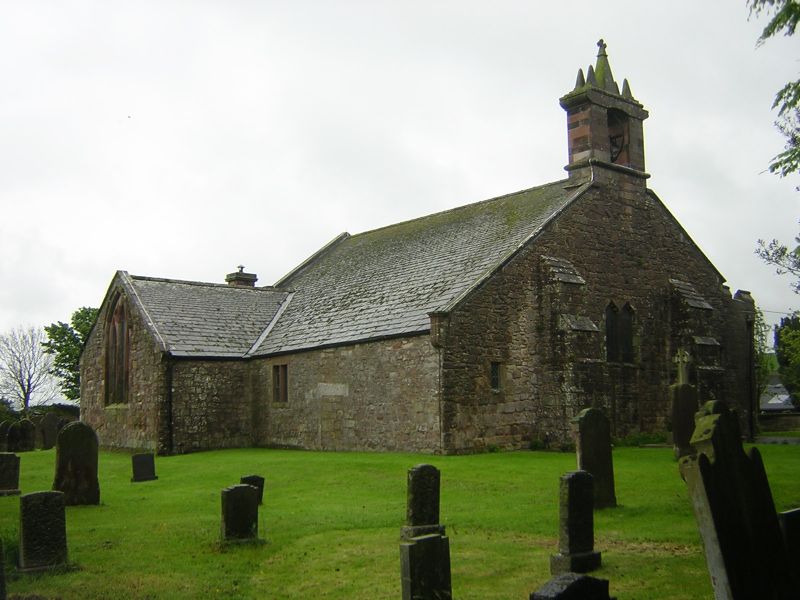 Parish Church. Early C12 with mid C12 and C13 extensions, C15 and C17
alterations; restorations of 1882 and 1913. Roughly-coursed mixed sandstone on
chamfered plinth under graduated greenslate roof with coped gables. 3-bay nave
with aisles, north transept, open west bellcote and south porch; lower 3-bay
chancel. 1882 gabled porch has blocked south door with present door in
Tudor-style surround to side. Blocked west doorway with 2-light C15 window
above. South aisle has hollow-chamfered 2-light windows, that in east wall
having round head under hoodmould. Battlemented parapet. North aisle has
blocked flat-headed doorway and late C19 2-light window. 3-light tracery window
in north transept. Chancel has narrow round-headed Norman windows in north wall
and similar blocked windows in east and south walls, with replacing lancet in
south wall and intersecting-traceried 3-light east window. Interior of nave has
round-column arcade under round arches with Norman carved responds. Norman
south doorway has columned surround with carved capitals under zigzag and rope
arch, over which is a sundial dated 1871. Small medieval graveslab in porch,
others used as lintel for west window and 2 in the blocking of the west door
flanking a C17 inscribed stone T.T. A.T. Carved Norman font on later stem. C17
painted panelled-wood ceiling was given by Thomas Addison in 1689 and is thought
to have come from the hall of one of the Livery Companies in London. Norman
chancel arch of 2 orders of zigzags on columns with carved capitals. Open
timber roof in north transept has date 1614 and initials. 1966 vestry screen.
South aisle wall plaque to Reverend Thomas Nicholson, former vicar of the
parish, 1735. Chancel has C19 or C20 panelled ceiling. Tomb recess in south
wall probably contained medieval effigy now in south aisle. Aumbry in east wall
and piscina with sun motif. Panelled choir stalls 1882; all other furnishings
and fittings are C20.