A Grade II Listed Building in Newton and Noss, Devon 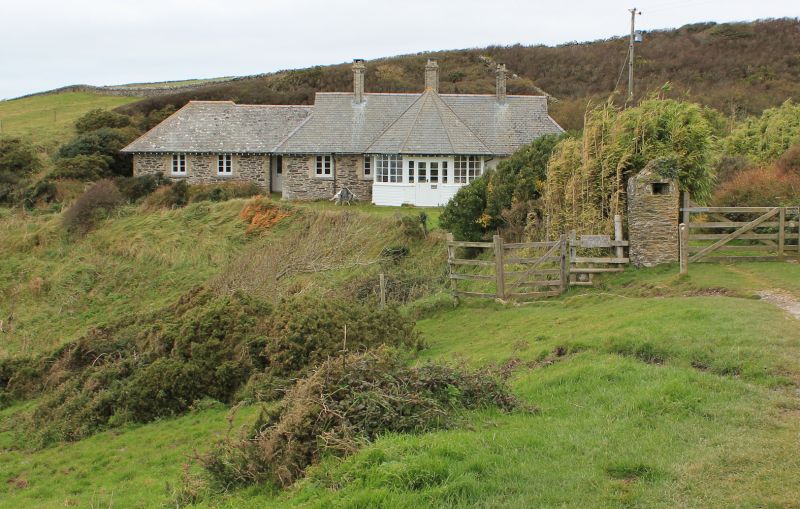 Cottage, built as the Warrener's cottage and used as a summerhouse on the Revelstoke
estate. Circa 1880-1890. Probably by George Devey's office. Slate rubble with
yellow/white brick dressings and limestone window cills. Yellow/white brick chimney
stacks over the ridge. Hipped slate roof with gablet ends to ridge. Main range south
projecting central wing and set back parallel wing to left. Single storey. The
projecting central wing has a polygonal glazed summerhouse at the front with fixed
light windows with glazing bars and weatherboarded below and with central glazed
double doors. Glazed double doors within the summerhouse south side lights and
doubled brick surround. Boarded door in the angle to the right of wing and one
window and with two windows to the left of wing. All casements with glazing bars.
Lower roofed parallel wing set back to left. It was built for Edward Baring (Lord
Revelstoke) as the Warrener's Cottage and is said to have been used as a summerhouse
by Lord Revelstoke when he entertained King Edward VII.
It is situated overlooking the sea on the cliff top on the nine mile drive to
Membland Hall which has been demolished.
Reference: Country Life April 29th 1982, Page 1236.