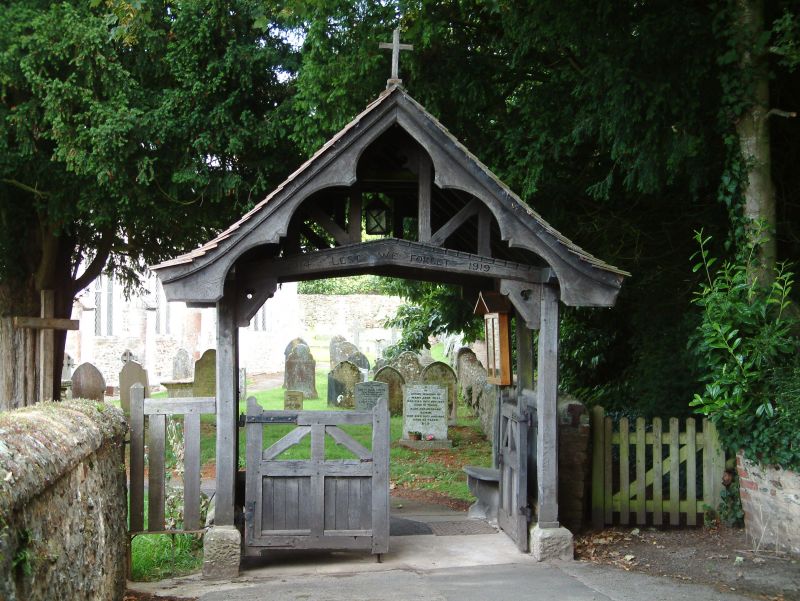 Lych gate. Late C19. Timber-framed and limestone ashlar sleeper walls and slate
roof. Gothic style lych gate. The 2-bay side walls are panelled below a middle
rail and open above with a cusped tracery vallance. The roof is gable-ended, cusped
bargeboards each end and the eaves are swept on shaped common rafters. Tie beam
trusses form arches each end; the tie beams are cranked and brattished and the space
above is filled by narrow struts. The centre bay has cusped tracery in the head.
The double gates are original.