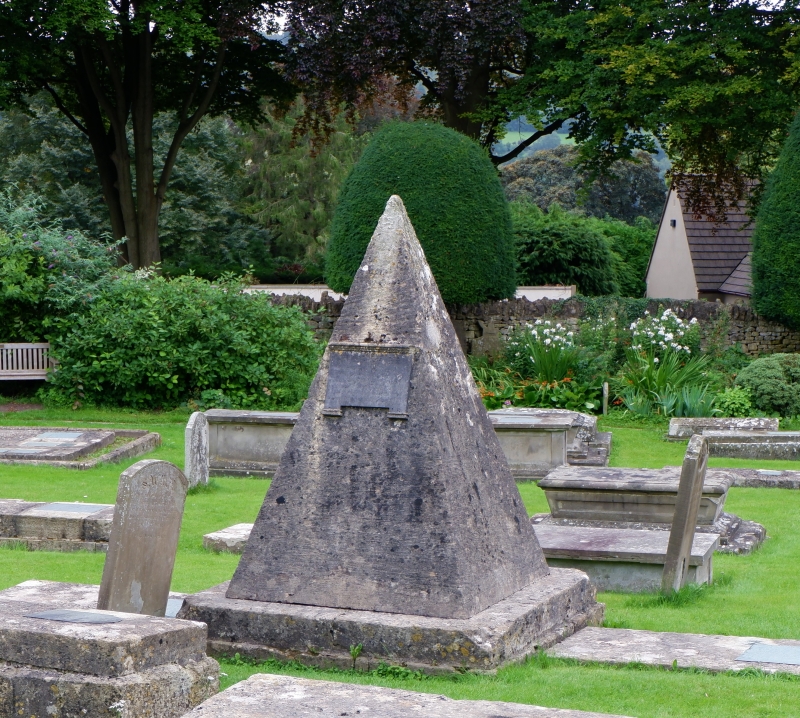 Entry Name: John Bryan Monument Circa 25 Metres in the Churchyard South East of Lych Gate to the Church of St Mary

Pyramid monument. To John Bryan, carver, 1787. Limestone. A lofty, acute
pyramid based on Pyramid of Cestius in Rome, set on high, two-step square base.
Quite plain except for applied plaque on the north face commemorating John
Bryan, aged 70, his wife and daughter. Bryan was one of the principal masons
working in this churchyard, probably also mason to the north east gateway (qv),
thought to have occupied house known as Selsdon (qv) in Brisley Street.
Monument has special historic interest for Painswick and its outstanding churchyard.