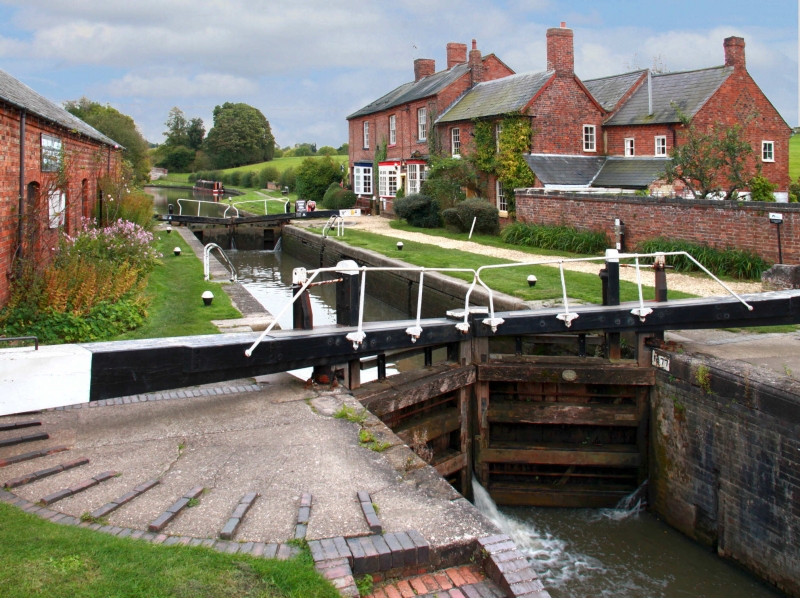 Lock. Late C18, renovated C19 and C20, Datestones in walls, 1877, 1884 and 1915.
Retaining walls, red brick patched with blue brick. Stone and concrete coping.
Wooden gates. Section to west has wooden balance beams. Those to the east have
been replaced in steel. The Grand Junction Canal was authorised by Act of
Parliament in 1793. The Braunston section was complete by 1796. In 1929 it was
taken over by the Grand Union Canal Company and the name was changed.
(A.H. Faulkner: The Grand Union Canal, 1972).