A Grade I Listed Building in Pitminster, Somerset 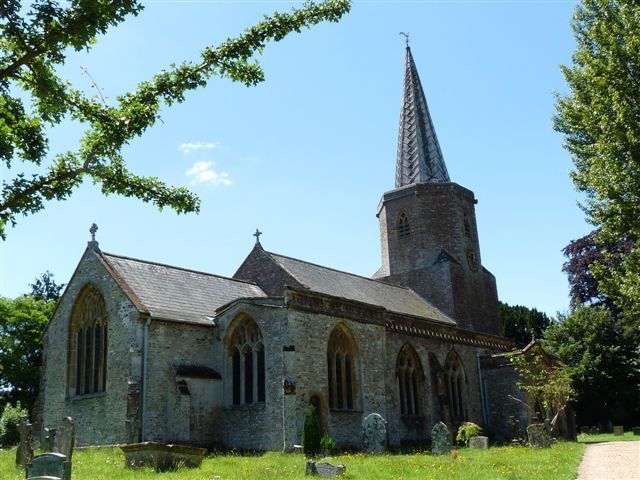 In chancel two fine recumbent effigy tombs: left John Coles died 1607 and his wife Ann, daughter of Sir John Thynne of Longleat, painted in 1937, with alabaster children kneeling below; right John Coles died 1627 and his wife Elizabeth Wyndham died 1634, with four daughters kneeling below. Recumbant effigy of Humphrey Coles, died 1570 has been resited from chancel in the north west chapel. Humphrey Coles purchased the lands of Taunton Priory at the Dissolution and built a large mansion, part of which survives at Barton Grange (qv). Collection of mainly early C19 tablets, particularly to members of the Vibart family of Amberd House. Two hatchments, that of William Hawker, died 1806, and his daughter Ann, died 1834.