A Grade I Listed Building in Meare, Somerset 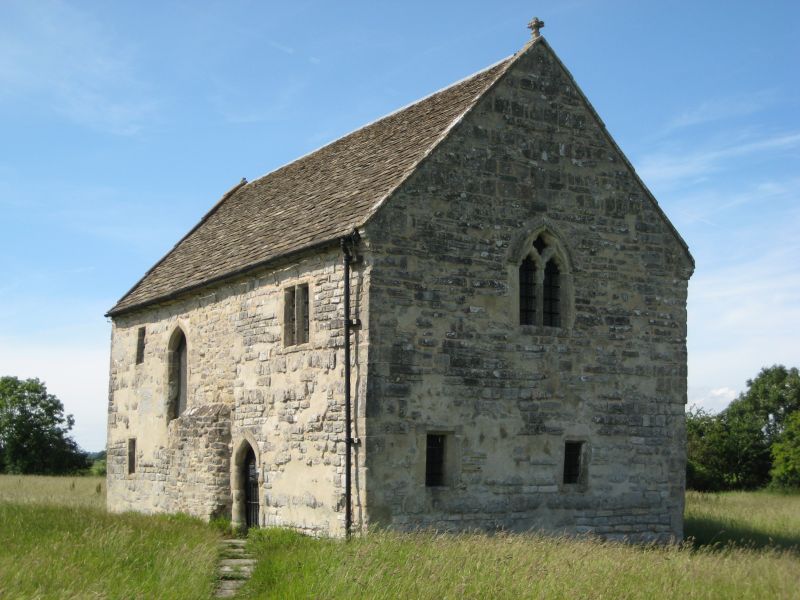 House of the chief fisherman of the Abbot of Glastonbury; also used for salting and preparing fish. C14 (temp. Edward
III); roof renewed C20. Much weathered coursed and squared rubble, stone-tiled roof, restored eaves cornice, coped
verges with finials, freestone dressings. Rectangular on plan, 4 rooms to ground floor, 2 rooms to first floor, though
floor now removed; irregular fenestration; East end with a traceried 2-light pointed-arch window; 2-light chamfered
stone-mullioned windows; single-light openings in chamfered surrounds; all openings with later iron grilles.
Two-centred arch doorway in a chamfered stone surround to South; similar opening on first floor, formerly reached by a
flight of stone steps, now missing; 2 further narrow door openings to West, one on each floor; again iron grilles.
Interior with fireplace on each floor; 4 door opening in dressed stone surrounds. The building stood on the South-West
bank of Meare Pool, which had a circumference of 5 miles; it was drained in the late C18. It is postulated that the
fish house was erected in the time of Abbot Adam of Sodbury (1322-1335), who was also responsible for nearby Manor
Farmhouse (q.v). Scheduled Ancient Monument (Somerset County No 3). (Pevsner N, Buildings of England, South and West
Somerset, 1958; VAG Report, unpublished SRO, 9 September, l174).