A Grade I Listed Building in Shepton Mallet, Somerset 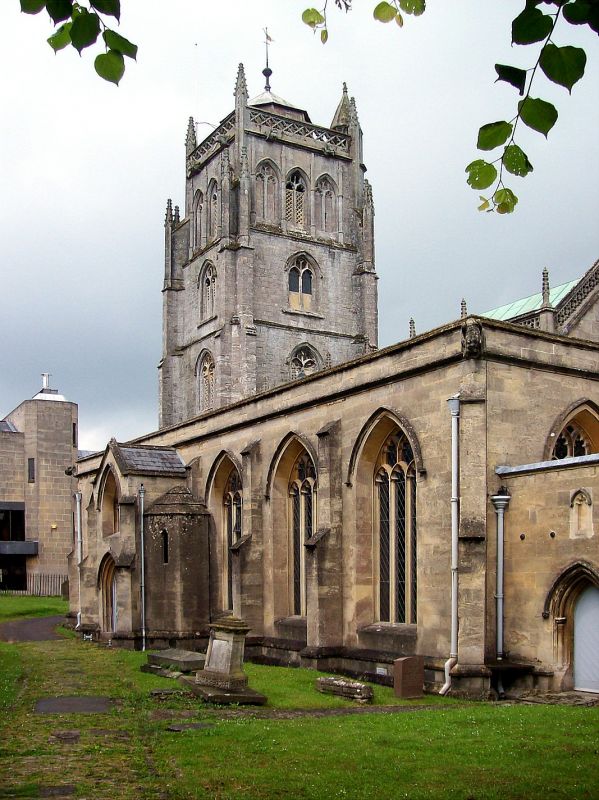 Parish church. Principally C12, C13, C14 with extensive C19 alterations. Doulting ashlar. Perpendicular style,
consisting of nave, North and South aisles, chancel and Western tower. Tower, 1380, finest feature in early
Perpendicular style. One pair of prominent set-back buttresses to each corner, connected diagonally across the angle of
the tower, terminating in freestanding pinnacles, further diagonal shafts terminating in pinnacles on the tower itself.
Pierced parapet with quatrefoils, stair turret to North side. West window of 6-lights, geometrical tracery, above
3-niches for statuary with original central figure. 2-light bell openings, flanked by blank 2-light windows. Stump of
unfinished spire to roof. Aisles rebuilt 1836 by Wainwright, 6-bays each. Above clerestorey windows to nave of 1881,
the nave itself has a pierced parapet with pinnacles between each bay. Chancel, rebuilt 1847, has a reticulated window
of 3-lights to East end, flanked to South by late C19 vestry, and to North by 2-storey vestry of the C15 which now
contains the organ. Interior has fan vault to tower, elaborate wagon roof of C15 to arcaded nave, arches dating from
C12, early C13 chancel arch, and double piscina of c1235. The wagon roof is the most remarkable feature made up of 350
panels and 300 bosses each of individual design. Furniture includes pulpit of c1450 having canopied and gabled niches,
C14 font and 2-effigies of knights dating from the C13 in the North aisle. 9-memorial plaques in the tower of the C17
and C18, several to the Strode family, including William Strode. Plaques to Strodes Bread Charity, relating to nearby
Almshouses (qv), adjacent to tower arch. Other tablets of C18 and C19 some by King and Reeves of Bath, some by Paty and
Wood of Bristol.