A Grade I Listed Building in Glastonbury, Somerset 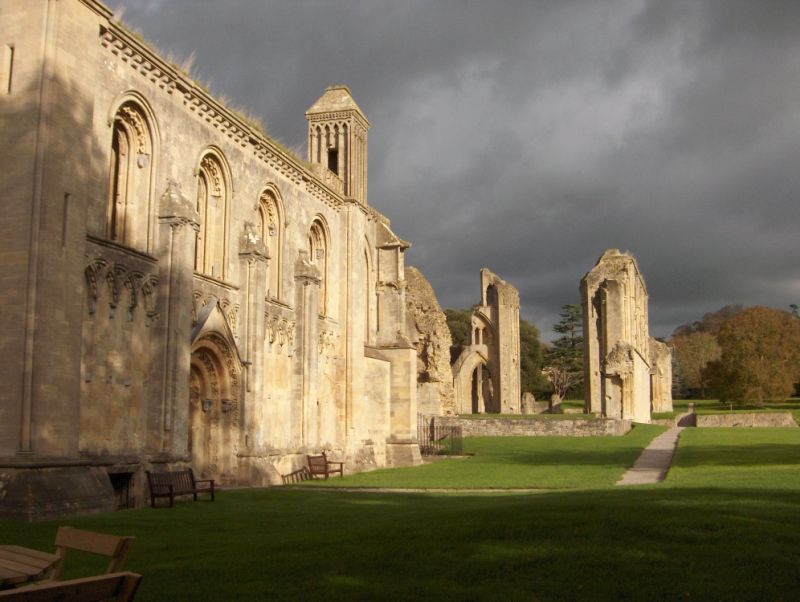 MAGDALENE STREET
1.
1133
(East Side)
Glastonbury Abbey
ST 4938 7/1 21.6.50.
ST 5138 8/1
GV
2.
By tradition the most venerable monastic foundation in England, established on
the legendary site of Joseph of Arimathea's oratory. Also believed to contain
the burial place of King Arthur. The site was occupied by an important pre-Conquest
monastery associated with St Dunstan. Standing remains belong to the great abbey
church rebuilt after a disastrous fire in 1184. The most complete survival from
this church is the richly detailed St Mary's Chapel on a crypt at west end. The
tall fragments of the east crossing piers with adjoining transept walls and chapels
are the most prominent survivals of the late C12 church. Other substantial remains
include portions of the outer walls of late C12 chancel aisles and C14 retrochoir,
3 bays of south nave aisle wall, lower parts of the west front and the Galilee
(with crypt) linked to St Mary's Chapel. The only standing remains of the monastic
buildings are the Abbot's itchen (see separate entry) and an important fragment
of the Abbot's great hall to north of the kitchen. Church of England Property.
The whole monastic area is scheduled as Ancient Monument.
All the listed buildings in the Abbey grounds form an extremely important group.