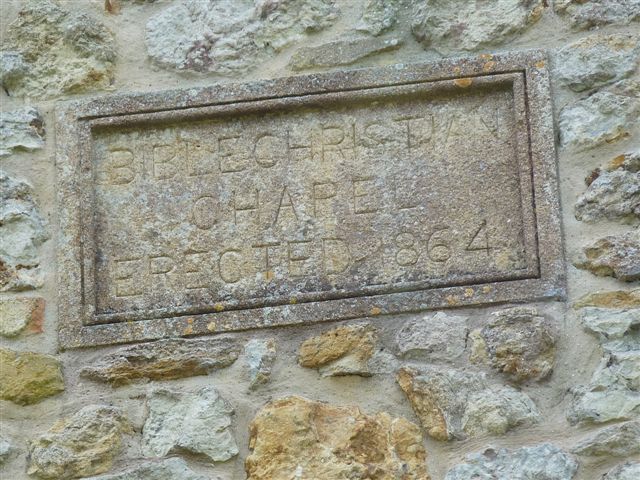 Chapel. Built 1873. Local stone rubble, ashlar quoins and dressings; Welsh slate roof with sawn stone ridge, stepped
coped north gable with obelisk finials and plain south gable. Single-storey, 2 bays x 1 bay. North gable front has
plinth; semi-circular arched doorway with ashlar surround framing 4-panelled door with radial-glazed fanlight over,
above which is a single semi-circular arched window with chamfered stone surround and honeycomb pattern cast-iron
window light: similar windows to side walls; in crown of north gable a rectangular plaque with beaded frame, the
inscription no longer readable. Interior not seen, but said to retain its original fittings. The Bible Christians began
meeting nearby in 1824, and reformed in 1838: the chapel was built in 1873 and continued to be used by the Methodists
until 1956. In 1964 taken over by the Elim Pentecostal Church at Merriott, but at time of resurvey (March 1986)
appeared to be unused. (VCH, Vol III, 1974).