Church of St James with Its South Boundary Wall 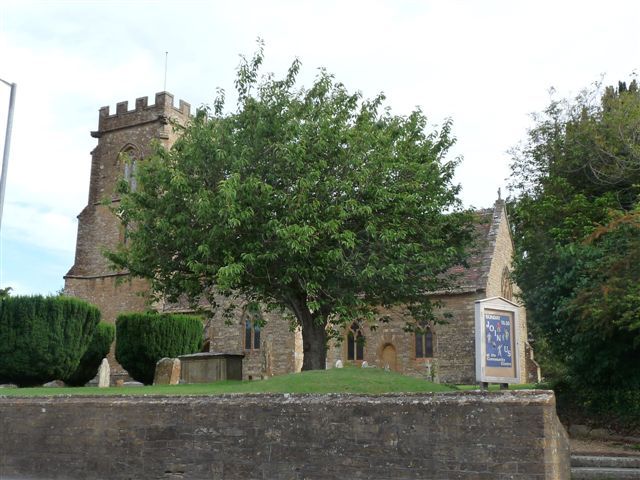 1/66 Church of St James with its South
boundary wall

Built in 1420 as a chapelry, substantially rebuilt in the C19, architect
unknown. Ham stone, with some local cut and squared stone: plain clay tiled
roofs with alternating double courses of fish scale tiles, and with 2-courses
stone slates at eaves. Cruciform plan with West Tower, and 1950's vestry in NE
corner. Tower may be original in part; diagonal buttresses with offsets and
string courses defining each level; small cinquefoil window to hellringers
chamber, with C19 clockface over and C15 style traceried windows to bell
chamber; battlemented copings, gargoyle spouts to each corner. Most of remaining
work of C19 in early C15 style, but North transept day be earlier, the North
window (on which others are based, uniquely has no hood mould). Interior almost
totally of C19 and unremarkable: some pre-C19 memorials in North transept and
the tower space. In a case on the North nave wall the head of the medieval
churchyard cross (see below). The South boundary wall to the churchyard, stone,
approximately 1.5 metres high and some 42 metres long, with roll moulded coping,
of interest the glazed porch and West extension of 1979 not significant.