A Grade II* Listed Building in Weobley, County of Herefordshire 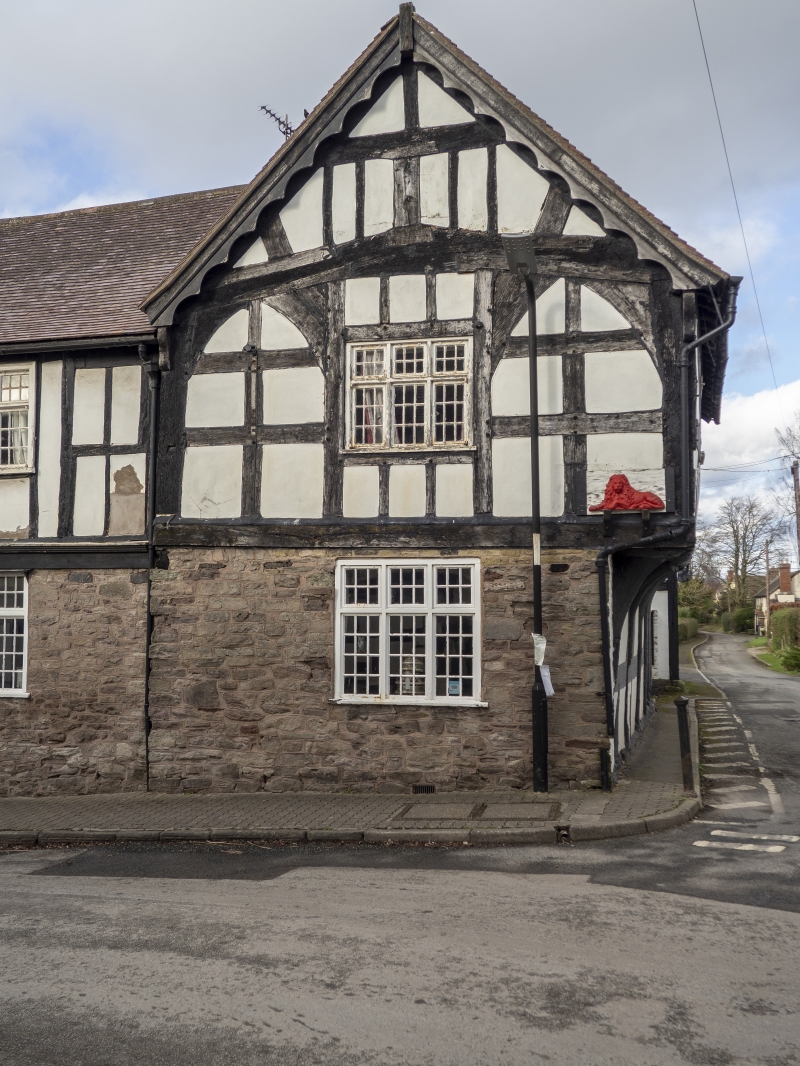 House and outbuilding, now a hotel. C14, partly rebuilt C17, extended early
C19, with some mid-C20 alterations. Timber-frame with rendered infill on a
coursed rubble plinth, partly underbuilt in rubble, and extended in painted
brick. L-plan, C14 cross-wing extending to north with a short C20 link block
to the single-bay C14 outbuilding, the rebuilt hall range extends to the west
and was extended in the C18. South front of two storeys with gabled cross-wing
to right, underbuilt, with a 3-light casement to each floor. To left, three
windows, two 2-light casements and a 3-light window. Ground floor has three 3-
light casements with plank weatherings. Entrance to right of centre has a wooden
doorcase with fluted pilasters and flat canopy. There are panelled reveals and
a panelled door under an overlight. Framing of gable end is two square panels
high with the two outer panels each having a pair of curved braces forming two-
centred arches. The truss above has a steeply cambered tie-beam and two raking
struts with a central vertical strut to the collar. The east side of the cross-
wing is jettied with curved braces rising form pilasters, that to the dragon
beam on the corner rising from a moulded capital. The first floor has two
blocked windows with three trefoil headed lights and pierced trefoil spandrels.
At the north end of the ground floor a blocked doorway has moulded jambs and an
ogee-head. The outbuilding to the rear is one bay of a larger building, with two
pairs of massive cruck blades. (RCHM, 3, p 199, no 22).