The Parish Church of St Mary

A Grade I Listed Building in Sompting, West Sussex 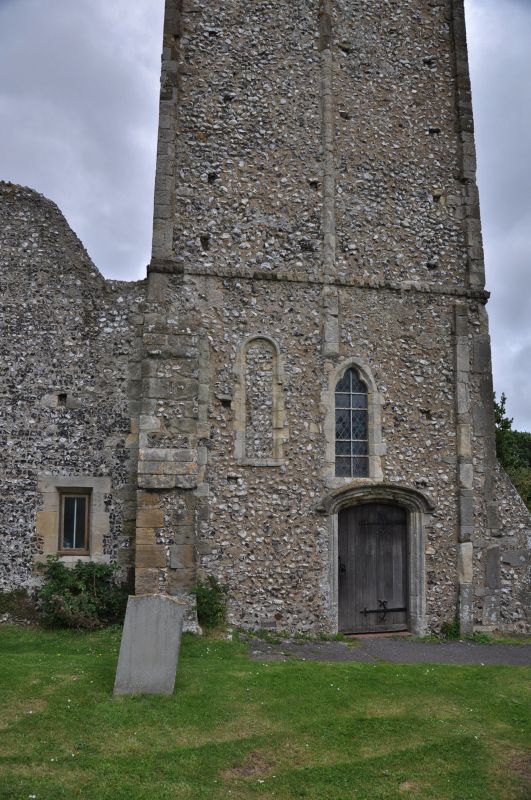 C11 to C12. Flint with stone slate roof. Chancel, north transept with its own north
aisle, south transept with baptistry to the north of it, nave, west tower and ruins of
a chapel at the north west end of the nave. Tower entirely early Cll and the only
English example of a Saxon tower with a four-sided shingled roof or 'Rhenish helm'.
The remainder of the church is late C12 with late C15 or early C16 windows. The north
west chapel was built by the Knights Templar after 1154 as a separate chapel from the
church and was opened up into the church by the Knights Hospitallers in the C14. It
fell into ruins soon after the dissolution of that order in 1538. The church contains
some importent examples of Saxon sculpture. References Anglo Saxon Architecture H M
and J Taylor Vol II 558-62 Cambridge 1965. English Historic Carpentary pps 14-21
C A Hewett, Phillimore 1980.