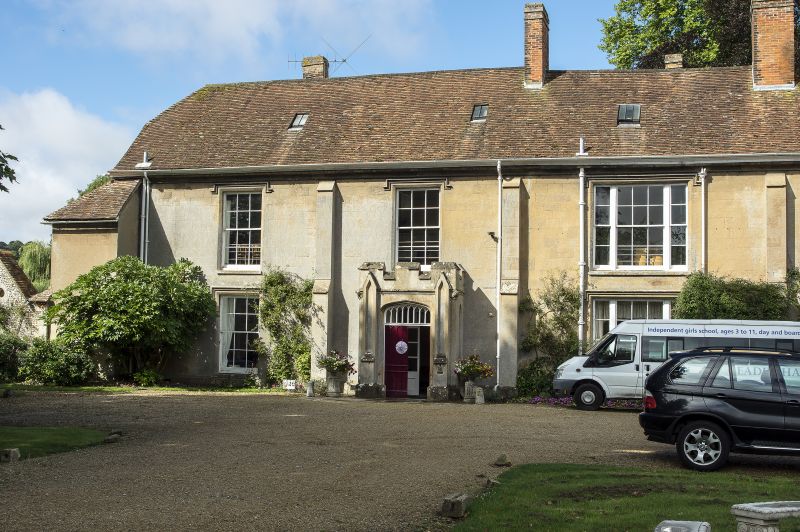 THE CLOSE
1.
1594
No 70 (Leaden Hall)
SU 1429 SW 5/5 28.2.52.
I GV
2.
Original canonical house on this site built by Elias de Dereham, designer
of the Cathedral, probably one of earliest in the Close. Present house built
to north in 1717 some reused Old stonework in fabric. Stucco buttressed east
front, with moulded eaves cornice and old tile roof half hipped. 3 windows
on lst floor. 2 windows on ground floor, the right hand windows on 3 light.
All windows with drip moulds. Projecting central ('Gothic') buttressed porch
with glazed door, early Cl9. A central arched fanlight with 4 central arched
panes. West front in 2 parts, the main part taller, all of ashlar stone faith
moulded cornice and parapet, and 3 tall windows. A lower extension and service
block to the north also of 3 windows.