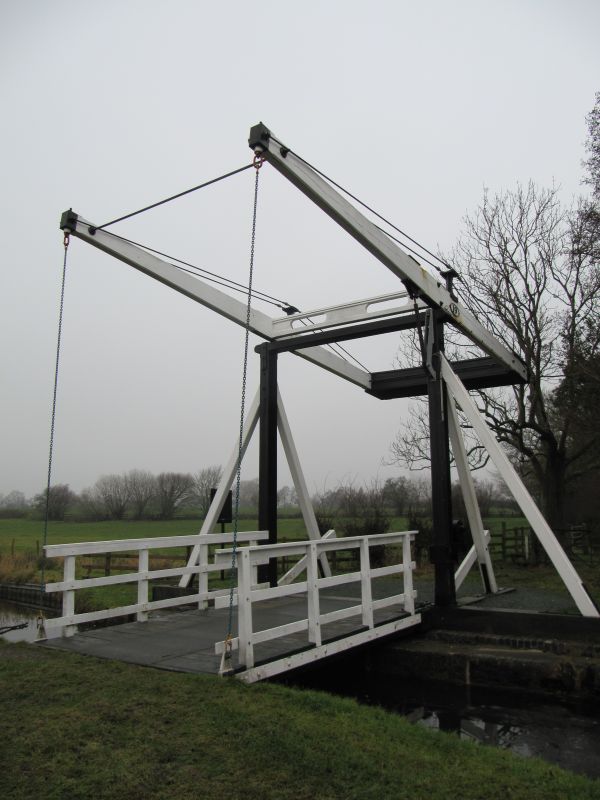 WRENBURY CUM FRITH C.P. SHROPSHIRE UNION CANAL
SJ 54 NE
2/88 Wrenbury Church Bridge
II
Farm bridge. c.1790. By Thomas Telford. Timber. Single span. A
wooden platform formed of planks laid between timber beams spans the
river at the level of the bank. This is hinged at its northern edge
and raised and lowered by a counterbalancing beam weight which is
supported by two posts of square section on the northern bank, which
carry two horizontal beams which have chains to their southern ends
connecting with the platform of the bridge and a weight to their
northern end. Iron tension rods run from the vertical beams to the
ends of the horizontal beams. There are 3 such bridges in the parish.